Striking out the Wisconsin Idea in the process.

And attempting to turn UW into a trade school. 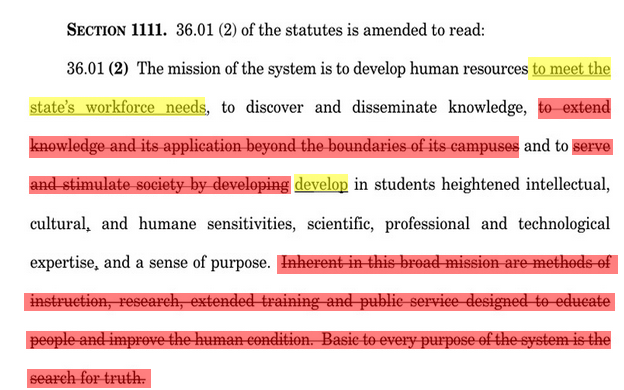 As it turns out, Walker made a major error in judgement.

This was no "drafting error".  And neither was it a publishing error.

It was Scott Walker's small-minded way of showing us his true colors, a man whose only concern is his next move up the political ladder.

My guess is that the general outcry left Walker unmoved.   What caused him to backtrack, as I picture it, was a series of frantic phone calls from generous Republican donors, sputtering in disbelief, "What the hell were your thinking?!  What were you thinking??!!

Which gave birth to the "drafting error" fairy tale. 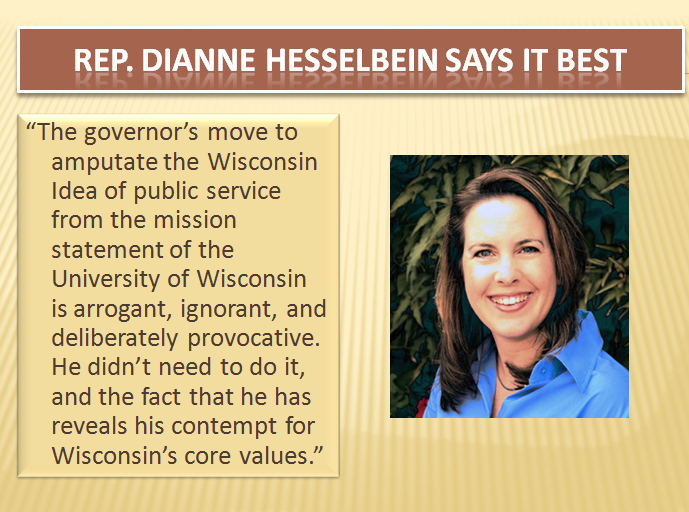