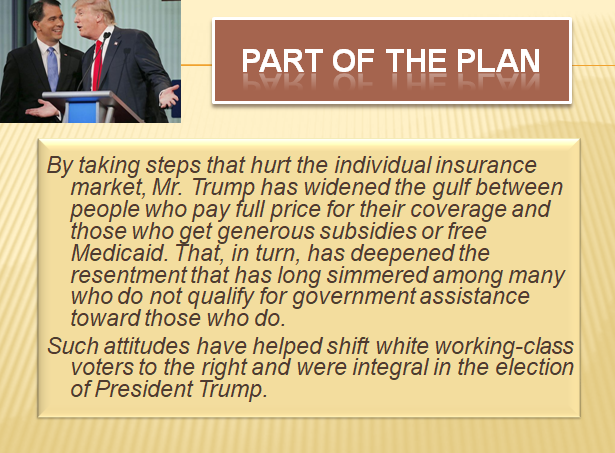 Reported in As Some Got Free Health Care, Gwen Got Squeezed: An Obamacare Dilemma.  (The New York Times, 2/19/2018) 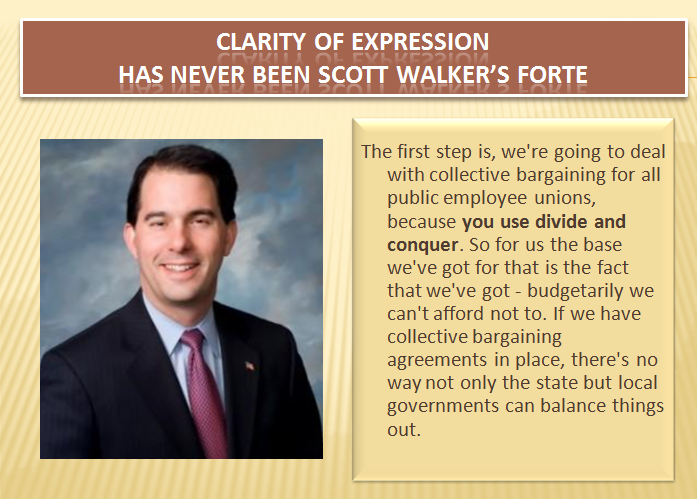 He thinks it will resonate among the nutburger base in Iowa.   (And I suspect he's right.)

Walker, a likely presidential candidate, has angered university officials and teachers of late not just with proposed budget cuts, the largest two-year hit in the statewide system's history, but also with comments suggesting professors don't work hard enough. The criticism of universities could help him in Iowa, a key early state in the 2016 presidential contest, according to a Wednesday story in the Wall Street Journal.  [subscription required]


It appears that the State Journal has scrubbed this headline and the accompanying story from its website.

But it's still available at the Sioux City Journal.  (Yup, think about it, Iowa.)