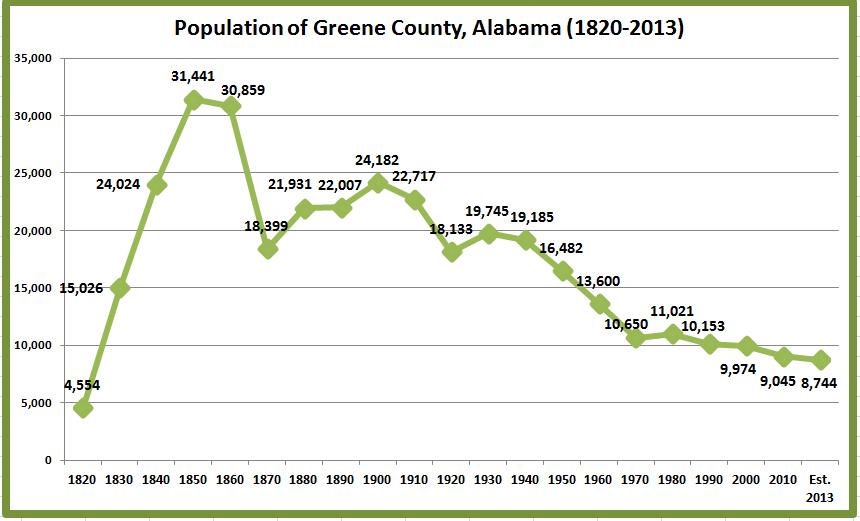 Although the county apparently has no web presence, it has an interesting political history.


The county chief of staff here in Alabama's poorest county boasts of regular trips to Paris, and owes thousands of dollars in travel advances.

The Greene County Commission has so badly misspent its revenue that it owes about $3 million, or more than $300 for every county resident, leading it to file for protection under bankruptcy laws, a first for an Alabama county.

With longstanding suspicions of impropriety hovering, commissioners were returned to office two years ago, but only after containers of absentee ballots were dumped on the post office counter here in the county seat on Election Day afternoon, insuring victory for the incumbents.