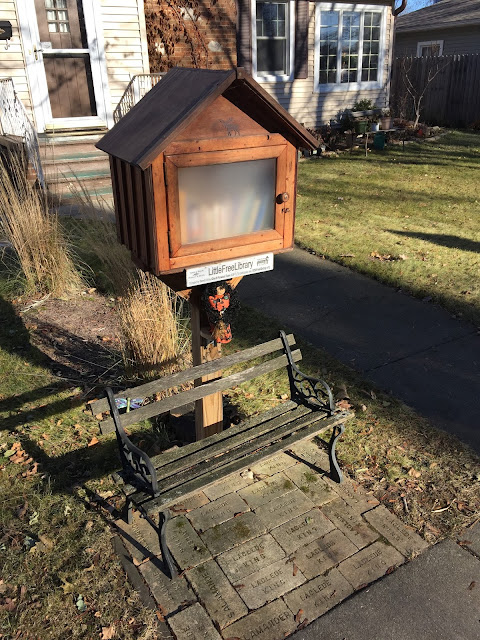 At least one title is a Middleton Public Library discard. 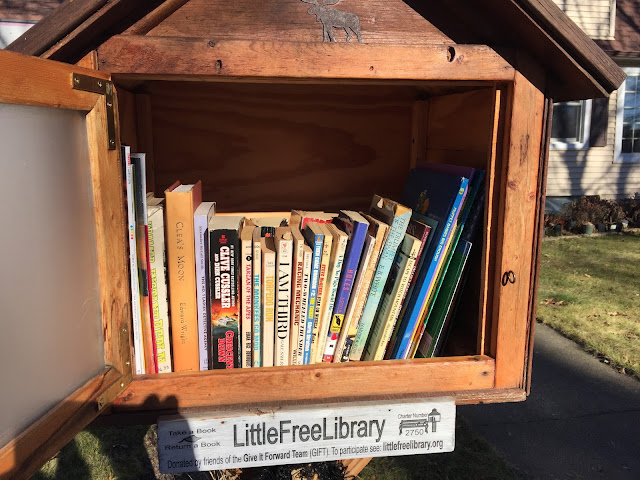 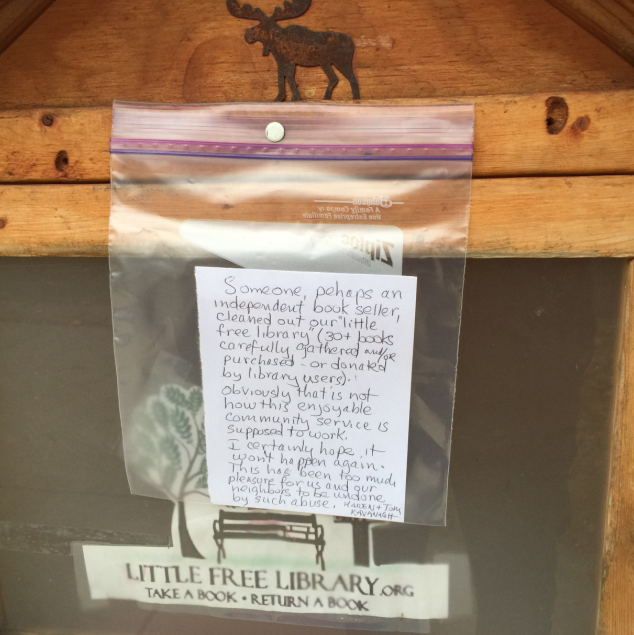 It's happened elsewhere.  3 times, in fact, to Kay Bubolz!

"The wrong person" is under suspicion.


Bubolz, 79, who manages the library on her front stoop on behalf of her Appleton-based Fiction Book Club, was robbed of all the books on three different occasions in August. She said more than 70 books have been taken.

"I can't imagine why anyone would do something like that," she said, "especially if they're not going to read them. ... I think maybe I've just attracted the wrong person."

Bubolz stamps every book on the inside cover with the saying "Always a gift, never for sale," and writes down the author and title of each book to gain an idea of what her clientele wants.