This proposed constitutional amendment, proposed to the 2013 legislature on first consideration, deletes from the constitution the offices of secretary of state and state treasurer.

State treasurer
Currently, the only duty assigned to the state treasurer by the constitution is to serve as a member of the Board of Commissioners of Public Lands; all other duties are prescribed by law.

The proposal removes the state treasurer as a member of the Board of Commissioners of Public Lands.

Terms of incumbents
Under the proposal, the final election for secretary of state or state treasurer required by the constitution is the one that will be held in November 2014. The incumbents will continue to serve until the first Monday in January 2019.

The constitution provides that, “if more than one amendment be submitted, they shall be submitted in such manner that the people may vote for or against such amendments separately” [see section 1 of article XII of the constitution].

The changes proposed in this joint resolution are structured to permit submission of the amendment for ratification by separate ballot questions relating to each of the offices to which the amendment relates.

Sidebar:  In other words, voters will be asked to ratify two separate ballot questions:

Which brings us to the area of greatest concern for the school and library communities.  (Not to mention the villages, town, cities and counties that receive trust fund loans from the BCPL, a total of 394 loans in FY 2010 and 2011.) 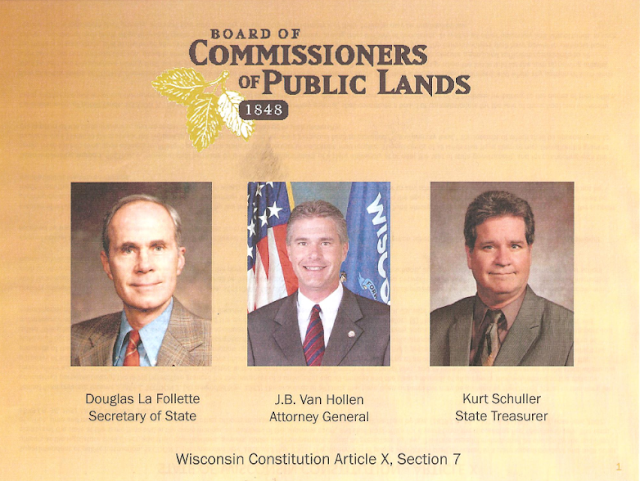 Under this proposal:
if the offices of secretary of state and state treasurer are both deleted from the constitution.

Second consideration and ratification
A constitutional amendment requires adoption by two successive legislatures, and ratification by the people, before it can become effective. 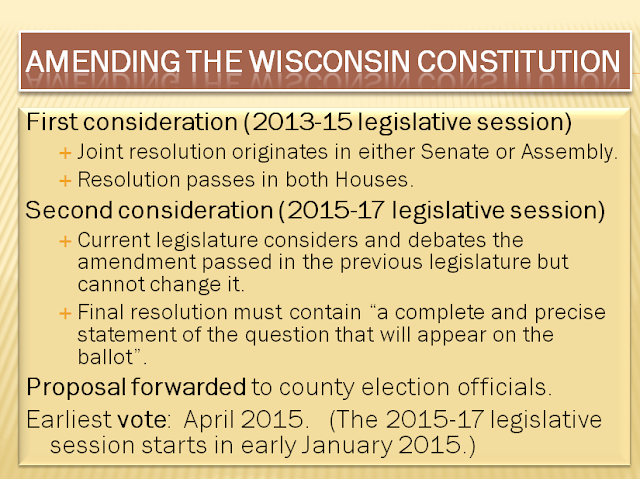 In summary (provided by BCPL staff) 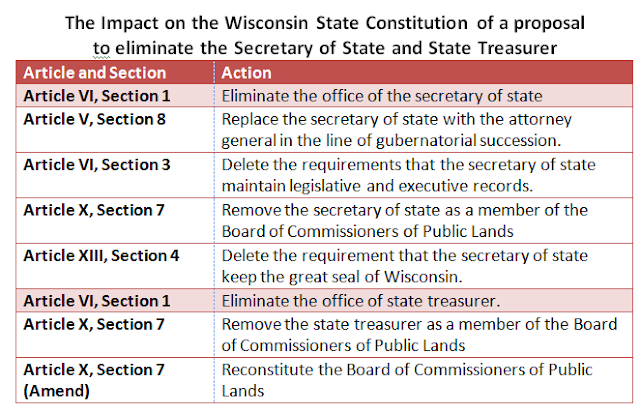 Just wondering:  Outside of the items to eliminate offices, do any of the other changes require a separate vote?

The Law of Unintended Consequences? 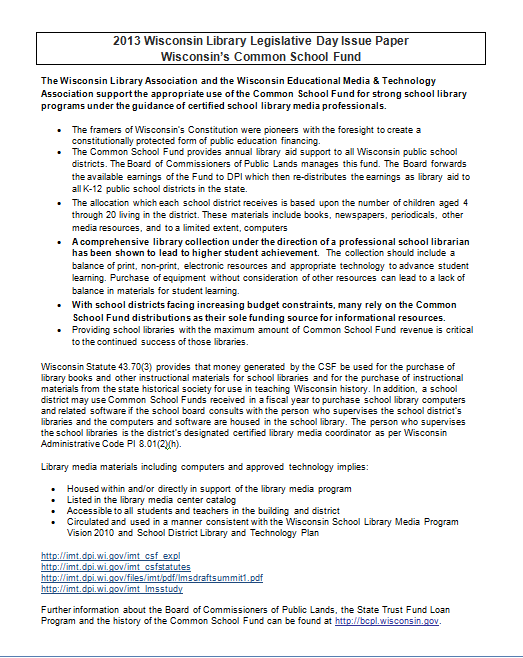 Wisconsin Library Association
Posted by Retiring Guy at 8:32 AM