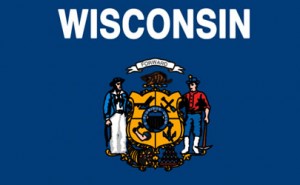 Excerpt:   Milwaukee Police Chief Edward Flynn urged Gov. Scott Walker to "provide some adult supervision" and ensure that the final version of a concealed-carry bill outlines a strict permitting process for carrying guns and stipulations including basic training and not being a "criminal, drug abuser or insane." He also called for changing the charge of carrying a concealed weapon from a misdemeanor to a felony.

The news conference came after a gunfight Wednesday night between Milwaukee police bicycle patrol officer Jose Viera and a 21-year-old armed suspect in the Sherman Park neighborhood. The officer escaped unharmed despite a chase during which the two exchanged gunfire. The suspect was shot multiple times and arrested.

"I also want to take this as an opportunity to call upon Gov. Walker to exhibit statesmanship and provide adult supervision over the chaotic legislative process that seems bent on inflicting a reckless and foolish concealed-carry law on the citizens of Wisconsin," Flynn said. "This is not a political talking points issue. This is an officer safety issue. This is the second time in less than a week my officers have been in a gun battle with armed, reckless assailants. We cannot afford a reckless bill."

The City of Menasha police chief, who served on the Library Director Selection Committee, is against any kind of concealed carry legislation.

"We already have too many guns on the street," he noted during lunch on the day we interviewed candidates.

I'm not aware, though, if he's made an official public statement.  He has nothing to lose, as he begins his retirement on Tuesday, June 7.

thanks for the post guys..family law is the part of legal practice that covers domestic relations. These range between marriage and divorce, to concerns of adoption and surrogacy, and also to issues such as common law marriages and same-sex marriage. In Denver, as anywhere else, you will need a lawyer who has a substantial amount of knowledge within your unique area of need.