Judge Doyle Square project update: Looking to build a hotel on the site of the former Government East Parking Garage 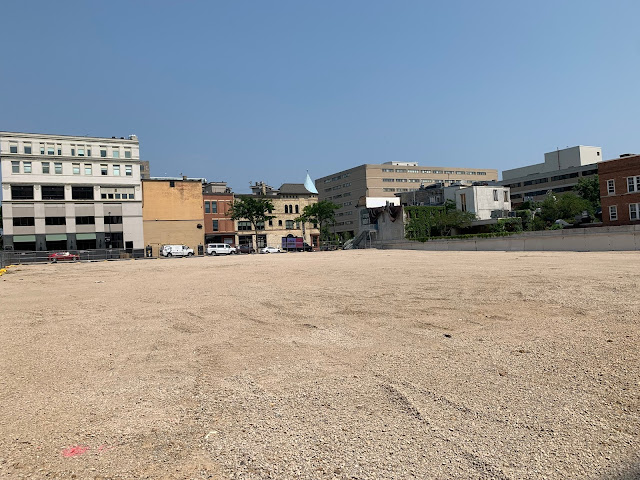 What are the goals behind the project and have they been met?

With the development, the city aims to put two prime downtown land parcels back on the tax roll, replace the Government East garage, build a hotel, create a pedestrian-friendly environment on Pinckney Street and connect the Capitol to Monona Terrace. 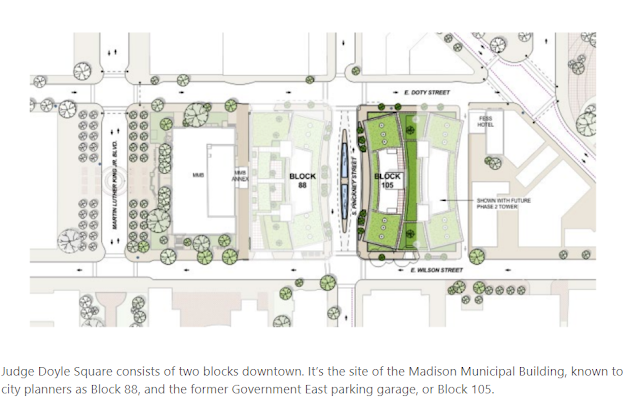 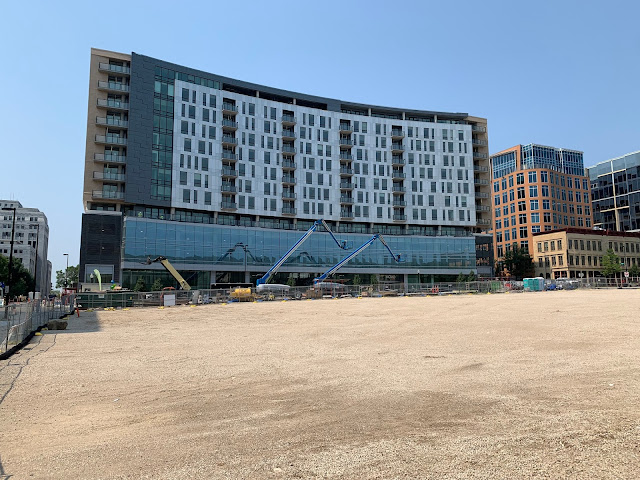 Beitler Real Estate, based in Chicago, is looking to transfer development rights for the hotel that would serve Monona Terrace — a longtime primary goal of the construction project encompassing two downtown blocks — to Mortenson Development, which is headquartered in Minneapolis.

The proposal would mean that Mortenson would develop the nine-story, 260-room hotel, expected to be an Embassy Suites, on the 200 block of South Pinckney Street. The approvals required to make this happen would be needed by December to close on financing, per a stipulation in the current development agreement. 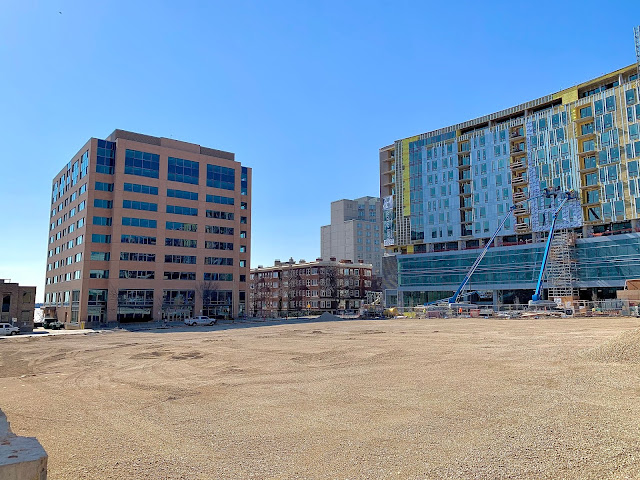 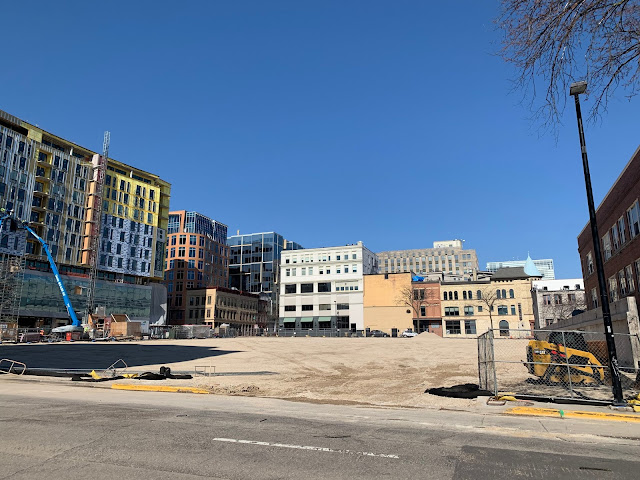 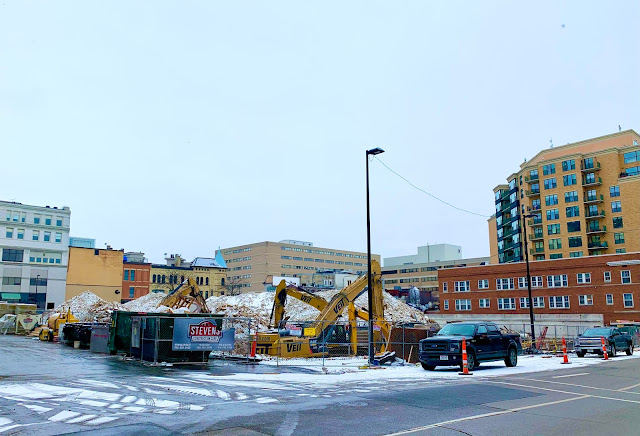 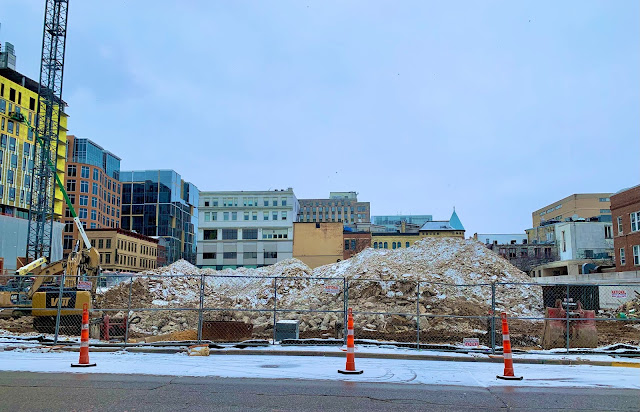 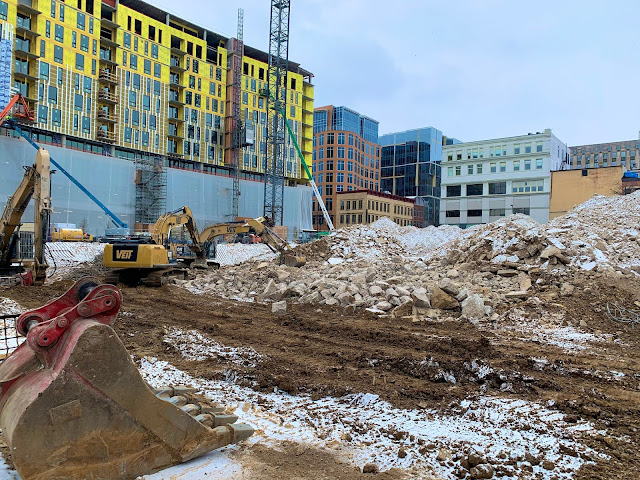 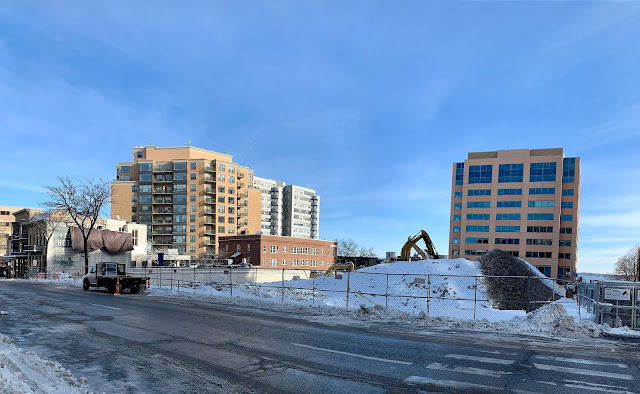 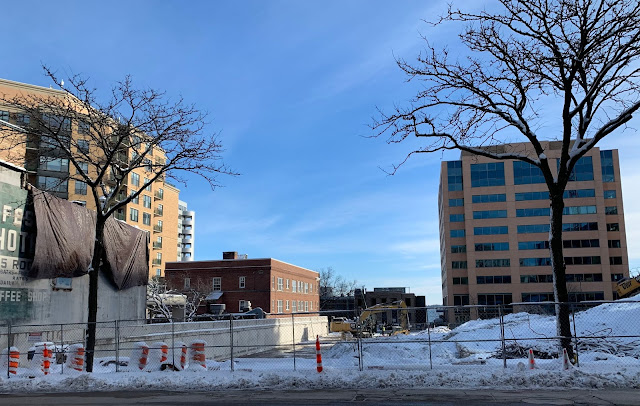 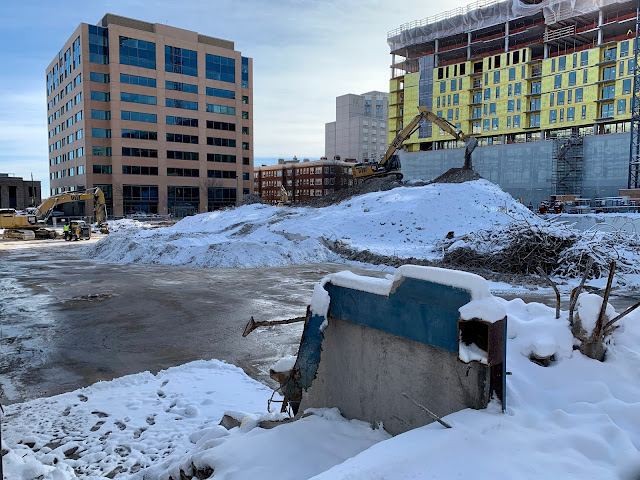 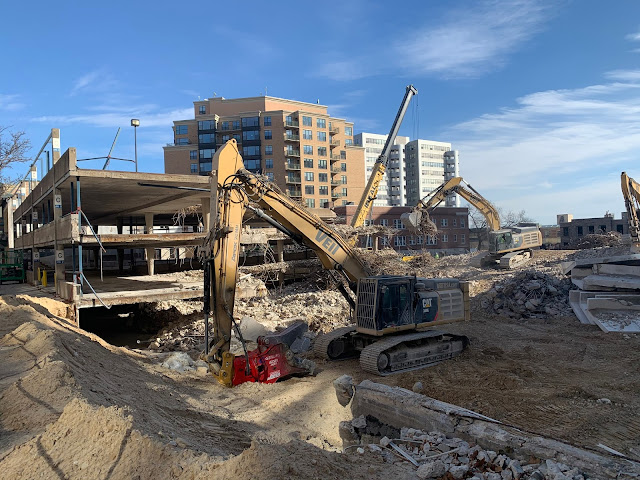 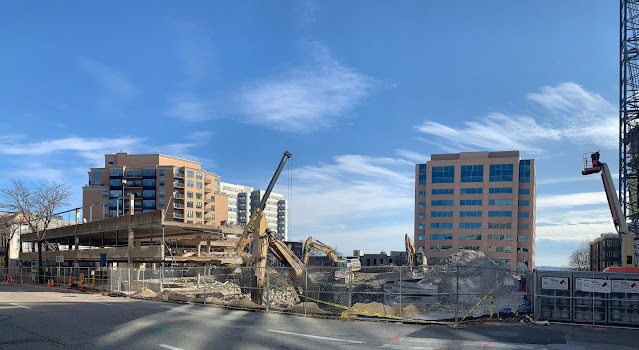 A look back (courtesy of the Madison Public Library vertical files) 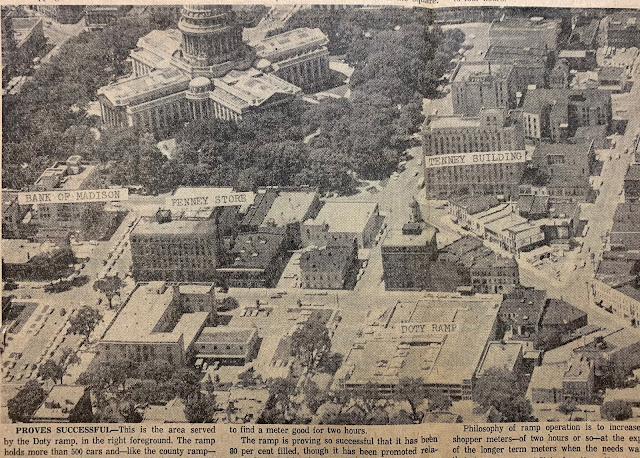 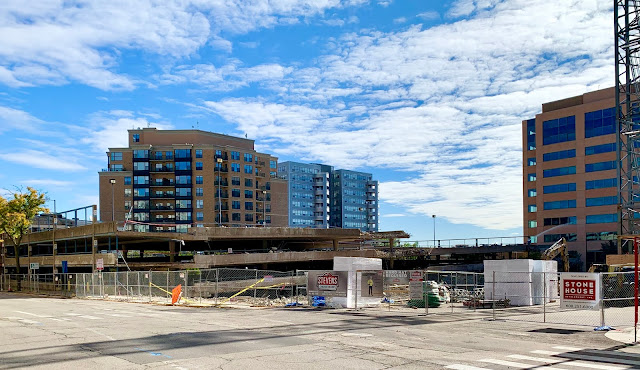 Photos and videos by Retiring Guy

Once demolished, the dilapidated garage will be replaced with a hotel, commercial space and apartments. The structure was the first public parking garage owned by the city of Madison. 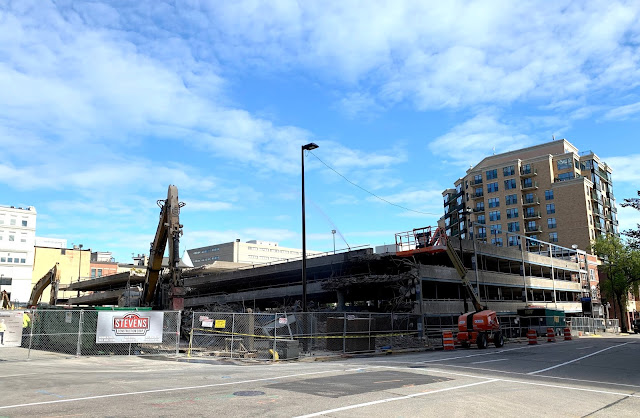 Three photos and a video from November 9, all from the East Doty side of the site. 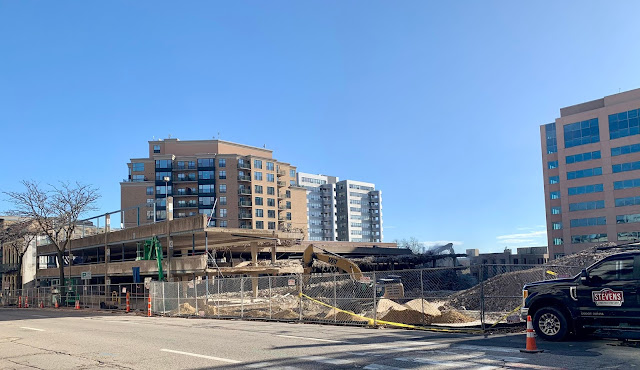 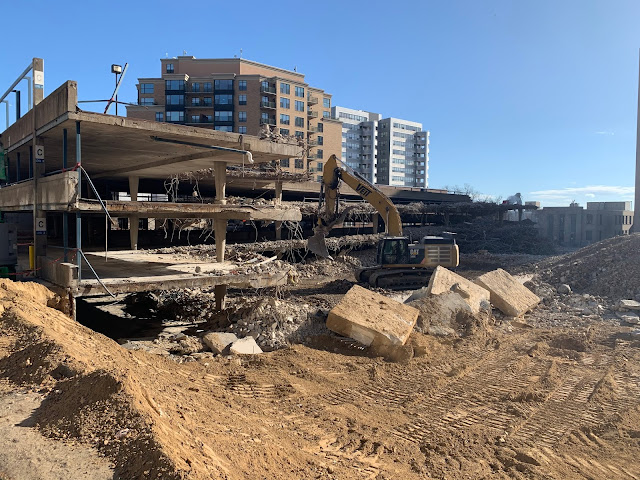 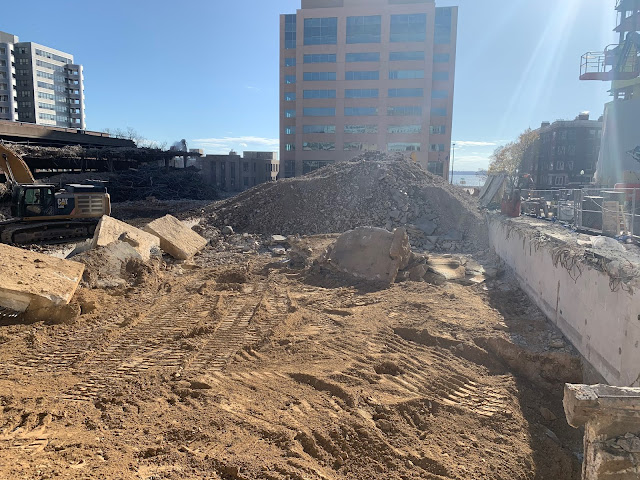 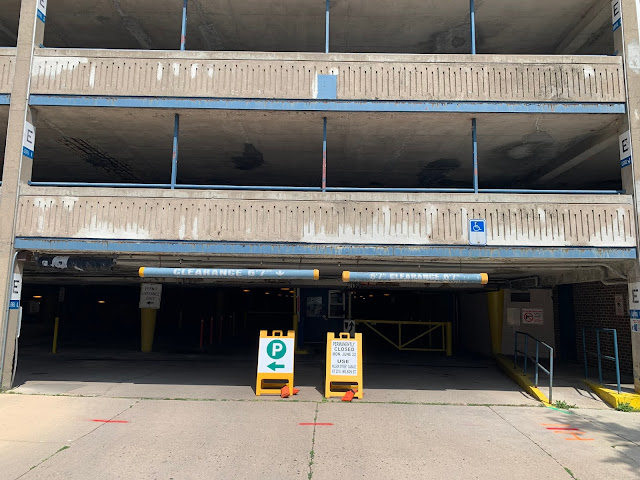 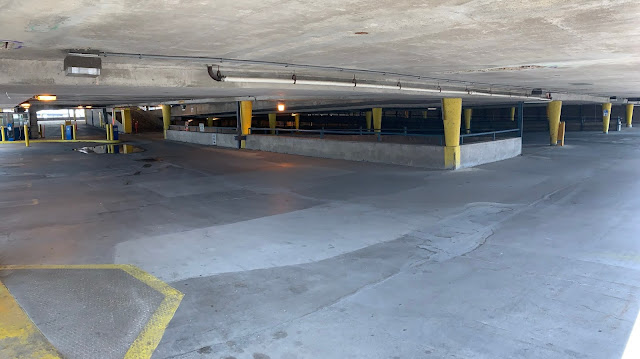 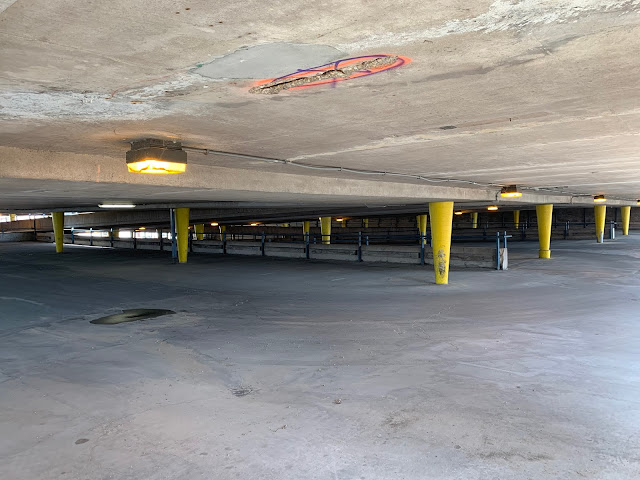 More info on the parking garage. 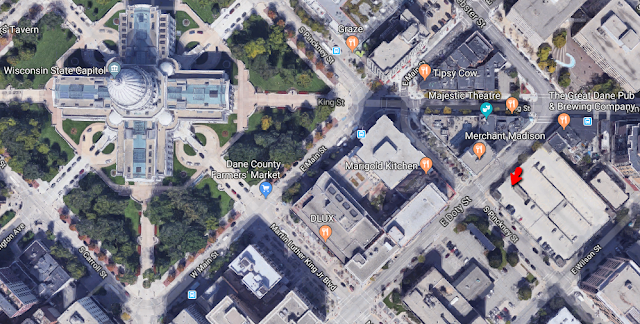