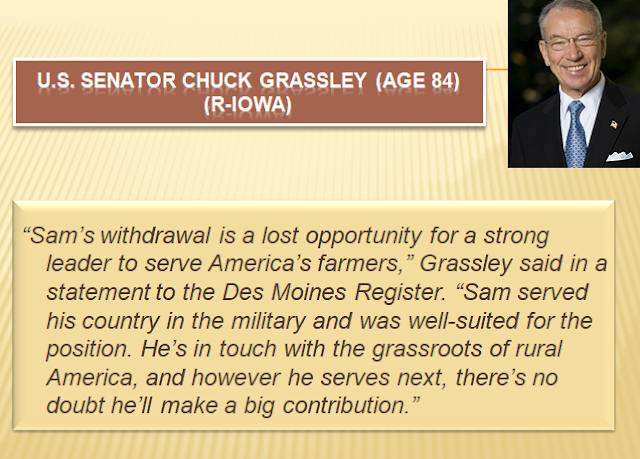 Sam Clovis chooses to be ill-informed. 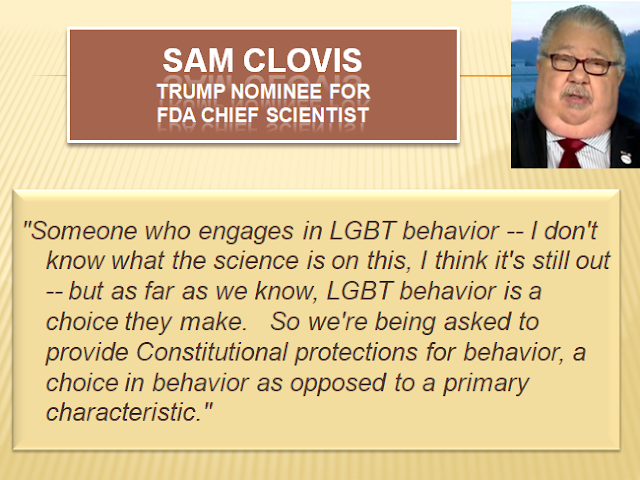 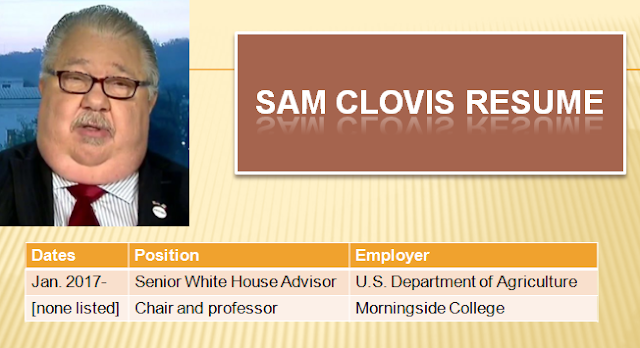 
Clovis has never taken a graduate course in science and is openly skeptical of climate change. While he has a doctorate in public administration and was a tenured professor of business and public policy at Morningside College for 10 years, he has published almost no academic work.

Clovis is better known for hosting a conservative talk radio show in his native Iowa and, after mounting an unsuccessful run for Senate in 2014, becoming a fiery pro-Trump advocate on television.

My guess is that Sam wrote the positive reviews on this site.

In the same year, he then ran for State Treasurer, losing to Democrat Michael Fitzgerald, who received 52.9% of the vote to Clovis' 43.7%.