Get me rewrite UPDATE. Scott Pruitt: Americans deserve an expose of my deep ties to fossil-fuel industry 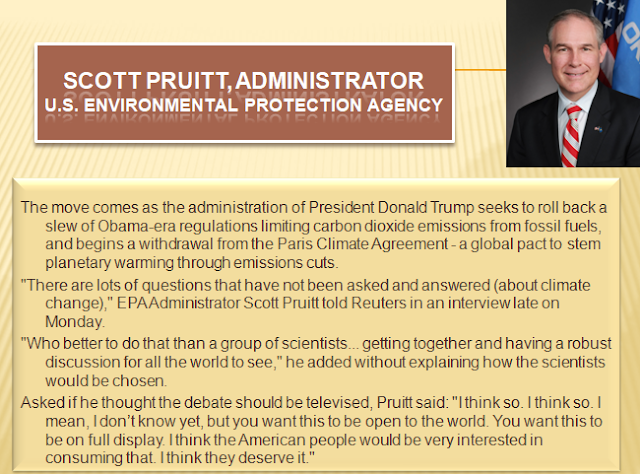 Yup, back to basics. 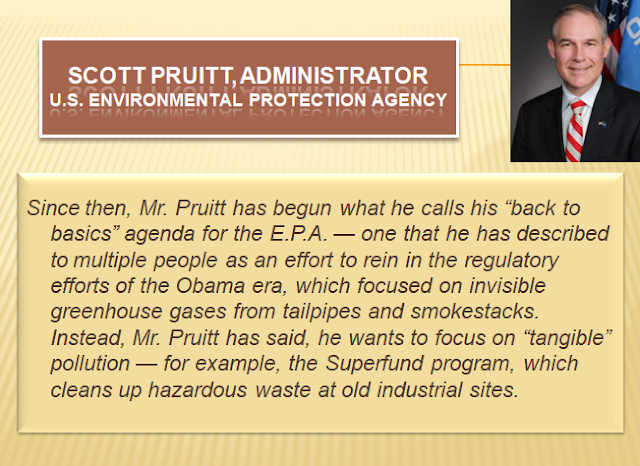 Read more about the back to basics agenda here. 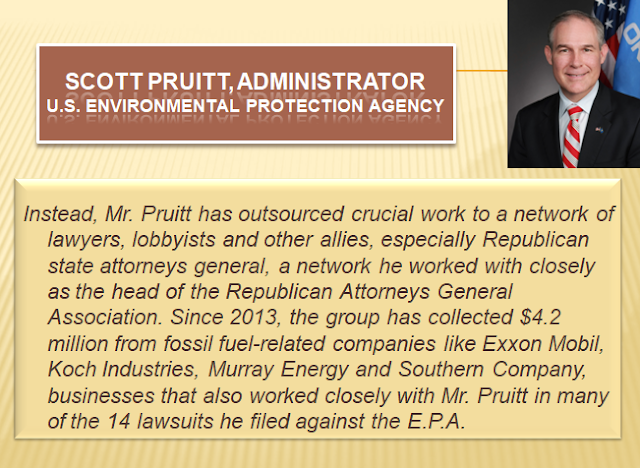 
The letter to the Environmental Protection Agency from Attorney General Scott Pruitt of Oklahoma carried a blunt accusation: Federal regulators were grossly overestimating the amount of air pollution caused by energy companies drilling new natural gas wells in his state.

But Mr. Pruitt left out one critical point. The three-page letter was written by lawyers for Devon Energy, one of Oklahoma’s biggest oil and gas companies, and was delivered to him by Devon’s chief of lobbying.

Like Pruitt, they’re climate science deniers. And, like Pruitt, most of them are funded by Charles and David Koch, the billionaire brothers who own the coal, oil and gas conglomerate Koch Industries. 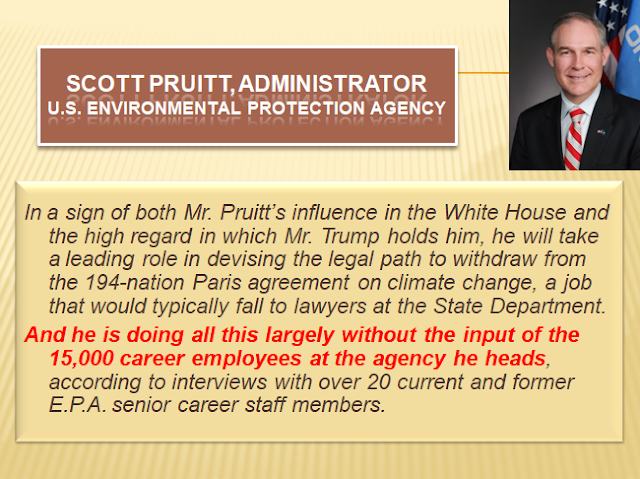 
Scott Pruit, fossil fuel industry automaton.  The emails highlight an often-chummy relationship between Pruitt’s office and Devon Energy, a major oil and gas exploration and production company based in Oklahoma City. The correspondence makes clear that top officials at the company met often with Pruitt or people who worked for him. Devon representatives also helped draft — and redraft — letters for Pruitt to sign and send to federal officials in an effort to stave off new regulations. 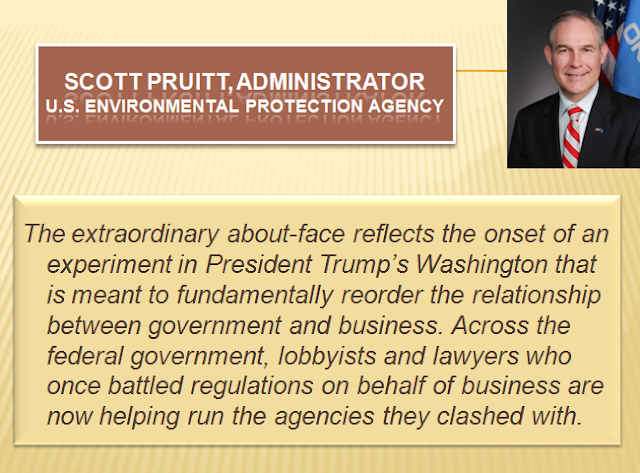 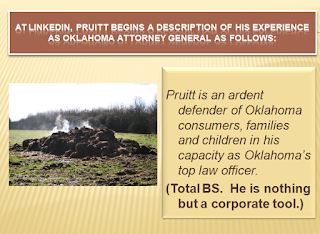 
Original 5/9/2017 post, "EPA storyteller J. P. Freire in so many words:  Trump administration believes fox should be in charge of henhouse", starts here. 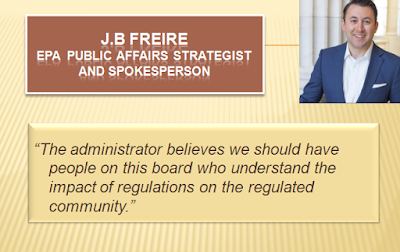 
Freire worked as Director of Communications for U.S. Senator Orrin G. Hatch (R-UT) from November  2014 to March 2017.   The opening sentence of his description of this experience:


I lead all story-telling and communications efforts both in-state and nationally for the most senior Republican member of the U.S. Senate.