Proposed rules up for public comment now by the Consumer Protection Financial Bureau would require the industry to verify a potential borrower’s ability to repay the loan before it is granted, and limit the number of times a borrower can renew the loan. Loan renewal and penalty fees can often add up to more than the loan principal.

Vos said in a letter to the bureau late last month that the proposed rules were cumbersome, undermined state rules to regulate the industry, and would effectively put payday lenders and similar outfits out of business in Wisconsin. 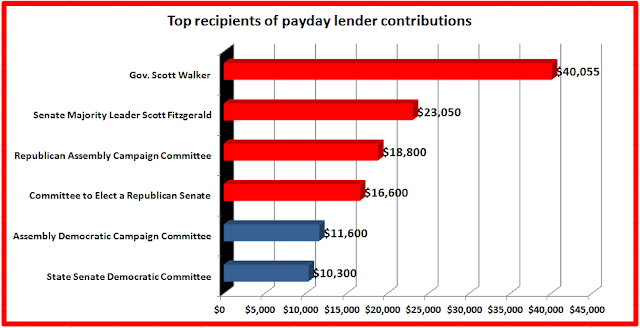 
In 2015, the average annual interest rate on payday loans in Wisconsin was nearly four times as high: 565 percent, according the state Department of Financial Institutions. A consumer borrowing $400 at that rate would pay $556 in interest alone over about three months. There could also be additional fees.

Wisconsin is one of just eight states that has no cap on annual interest for payday loans; the others are Nevada, Utah, Delaware, Ohio, Idaho, South Dakota and Texas.