And you wonder why we get nothing but fluff from the mainstream media! 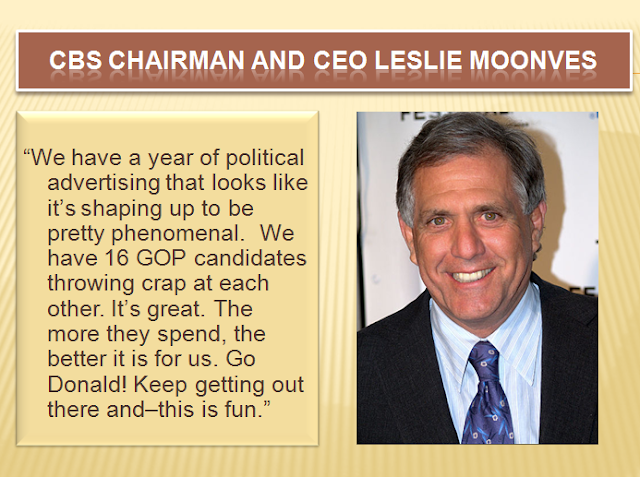 Our mainstream media.  Servicing Super PACs all day and all of the night thru Tuesday, November 8, 2016.

Think about it.  Why would media execs want to get money out of politics?  It would seriously damage their bottom lines.

As Moonves is also quoted as saying, "Super PACs may be bad for America, but they’re very good for CBS.”

From the reporting, it sounds as though Moonves was in a joking mood, but that certainly didn't stop him from speaking the truth.