Cal Thomas: This Climate Change Bulletin Just In from the Daily Mail

Yes, folks, the Daily Mail, which regularly features photos of  bikini-clad women, and worse,  in its "news" reportage.  (Here's a description of the Daily Mail which just as easily could have come from the writers of The Daily Show.) 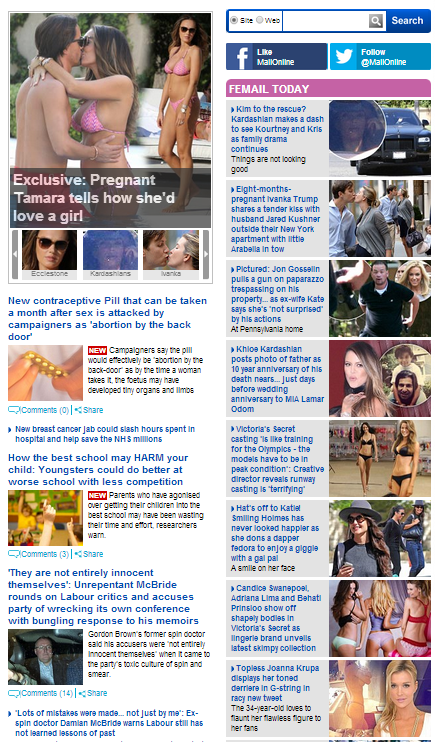 
Excerpt:    Now comes a report in the UK Daily Mail that "eminent scientists" have observed a record return of the Arctic ice cap as it grows by 60 percent in a year, covering with ice almost 1 million more square miles of ocean than in 2012.

Excerpt:    “And now it’s global COOLING! Record return of Arctic ice cap as it grows by 60% in a year” shouts the astonishingly misleading headline of a story by the Daily Mail’s David Rose. 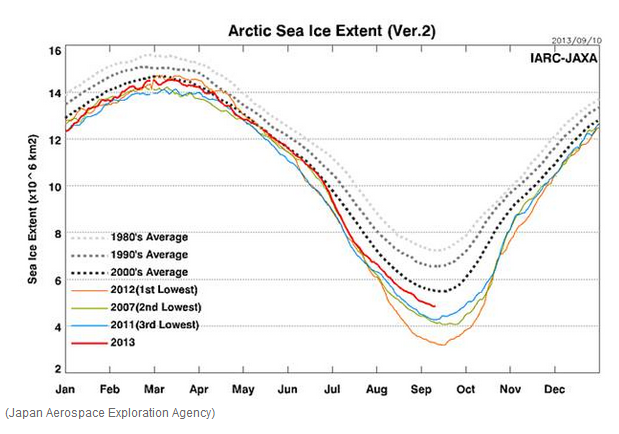 Shameless Cal, ever the easy target to ridicule, is unimpressed.  The Post and other "true believers" ignore or ridicule a growing body of evidence rebutting their beliefs.