A Look at the Minimum Wage

I got sidetracked here while figuring out what a men's suit priced at $22.50 in 1930 would cost today. 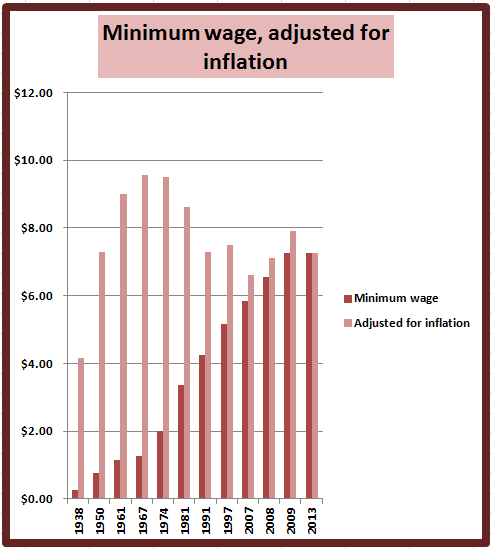 The Fair Labor Standards Act of 1938, As Amended

U.S. Department of Labor.  A summary of the Fair Labor Stndards Act of 1938.

The Fair Labor Standards Act (FLSA) prescribes standards for wages and overtime pay, which affect most private and public employment. The act is administered by the Wage and Hour Division. It requires employers to pay covered employees who are not otherwise exempt at least the federal minimum wage and overtime pay of one-and-one-half-times the regular rate of pay.

For agricultural operations, it prohibits the employment of children under age 16 during school hours and in certain jobs deemed too dangerous.
Posted by Retiring Guy at 4:39 PM