Eric Litke Can't See the Forest for the Trees

In a 1000+ word article, Litke makes no mention of the impact of redistricting on Wisconsin's State Assembly, State Senate, and U.S. Houses races.  He does allow a quote from We Are Wisconsin Executive Director Kristen Crowell, who says, "We knew going in that the GOP had changed the rules, changed the district...." -- but obviously he has his own story to tell here. 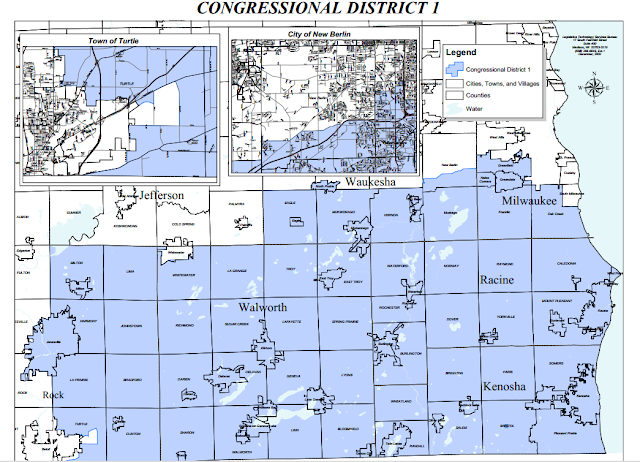 You'll notice in the map below that the 1st CD extends its reach into Waukesha County -- from all of 3 townships and a tiny piece of another to all of 6 townships, more than half of another, and a chunk of New Berlin.  The vote totals in Waukesha County:  Ryan - 36,843; Zerban - 12,688. 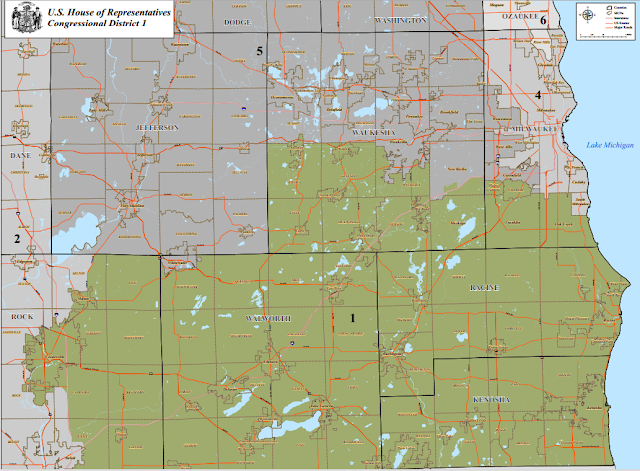 Then there's the State Assembly mash-up that took place in southeastern Wisconsin, also in Ryan's CD district, by the way.

The "old" 61st Assembly District included most of the City of Racine.  (The "I", as in east or west of Interstate 94 is not shown on the map below.) 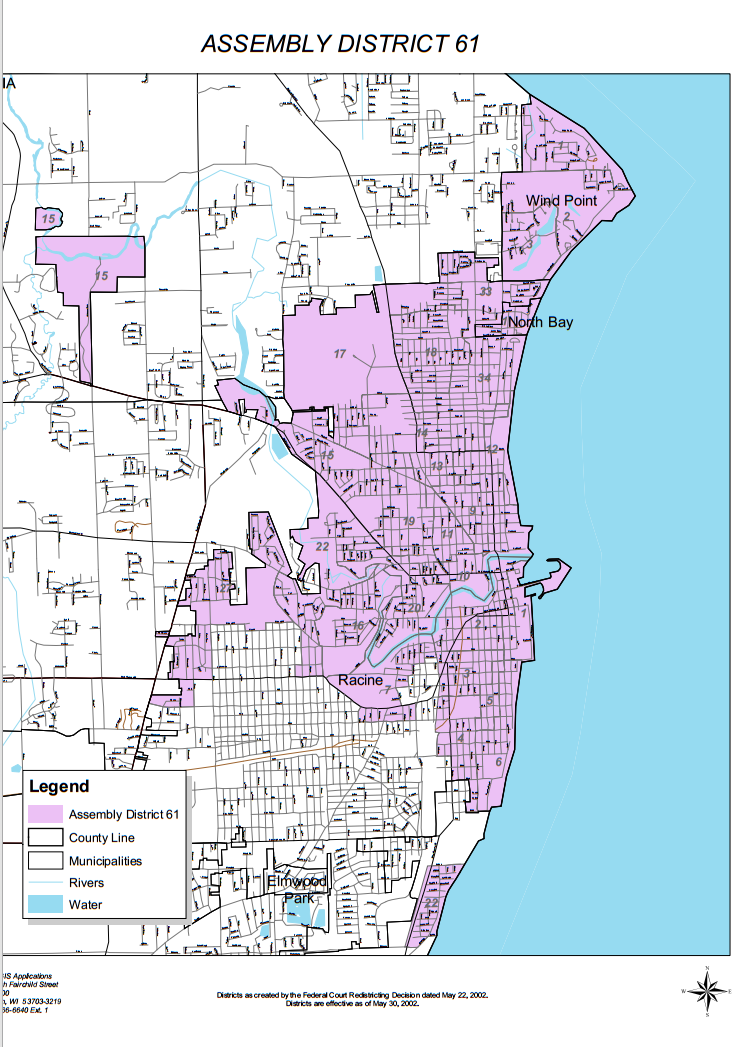 The new 61st Assembly District, shown below, abandons not only the City but also the County of Racine.

One of the first results is summarized in this Milwaukee Journal Sentinel headline:  State Rep. Turner not seeking re-election.

The red line on the map indicates Interstate 94, generally considered to be the line of demarcation between more liberal (east) and most conservative (west) voters. 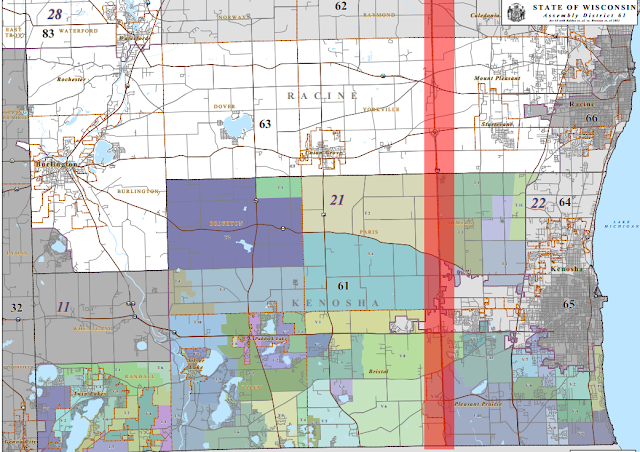 .
As a result of this redistricting, we end up with two incumbent legislators running against each other.

Samantha Kerkman (R-Powers Lake).  Since 2000, she has represented the 66th AD, most of which is west of the I. 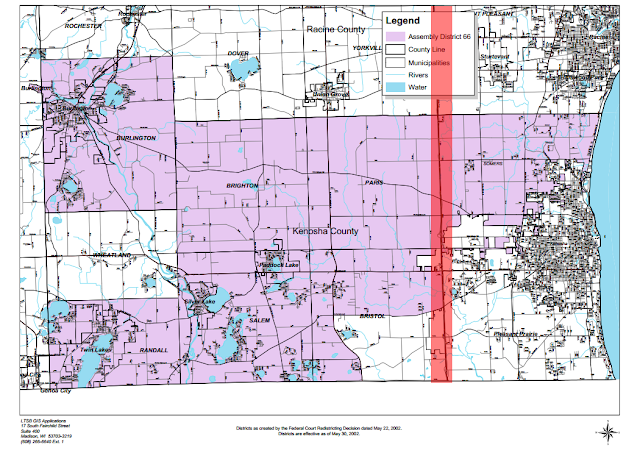 Kerkman easily defeated 8-term incumbent John Steinbrink (D-Pleasant Prairie), former 65AD representative, with 56% of the vote.  Most of Steinbrink's district was located east of the I. 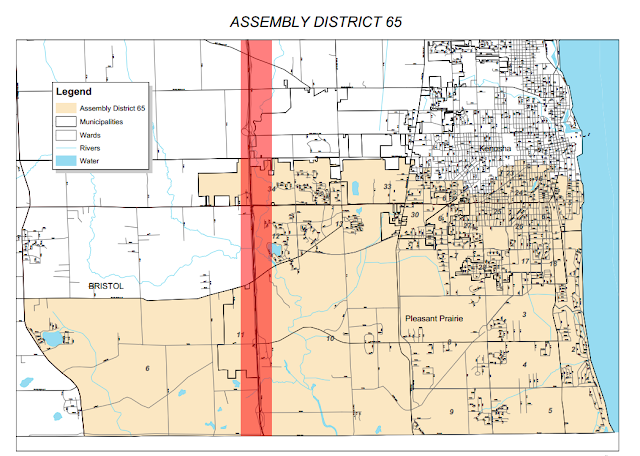 With Wisconsin Republicans' less-than-transparent redistricting process, many Democratic legislators were placed at a disadvantage in the 2012 elections.  And based on the big picture --i.e., the forest -- I don't think money was the deciding factor here.
Posted by Retiring Guy at 9:09 AM