The Detroit Public Library: The News Just Keeps Getting Worse 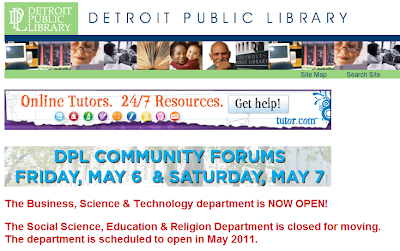 The review was obtained by The Detroit News, which reports Friday that about one in six staffers have relatives among the 376 employees.

Moore says staffers are qualified, and safeguards have been implemented to prevent preferential treatment. She says a committee of managers makes hires, and layoffs come by seniority.

Check out our crossword, sudoku and Jumble puzzles >>

Moore says she had no role in the hiring of her children, and the library isn't different from other workplaces where employees refer relatives.