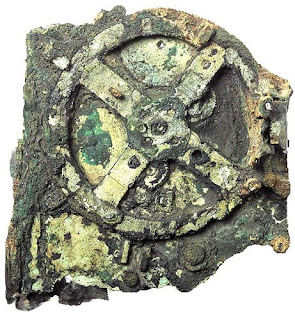 Only now, applying high-resolution imaging systems and three-dimensional X-ray tomography, have experts been able to decipher inscriptions and reconstruct functions of the bronze gears on the mechanism. The latest research has revealed details of dials on the instrument’s back side, including the names of all 12 months of an ancient calendar.
Posted by Retiring Guy at 7:27 AM