The Trump effect in Missouri: House of Representatives District 97 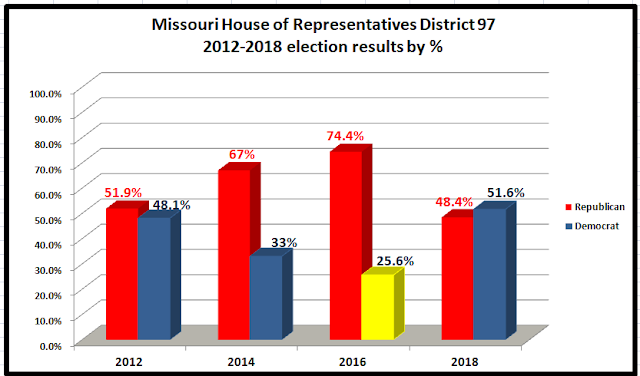 
Revis' district, the 97th, takes in the Jefferson County side of Fenton, western Arnold and a sliver of south St. Louis County around Suson Park. The Democrats were elated by their flash of success, saying the victory in Jefferson County signaled broader problems for the Republican brand going into the November elections.