The Trump effect in northwest Iowa: Democrats now competitive in districts where they previously couldn't field a candidate 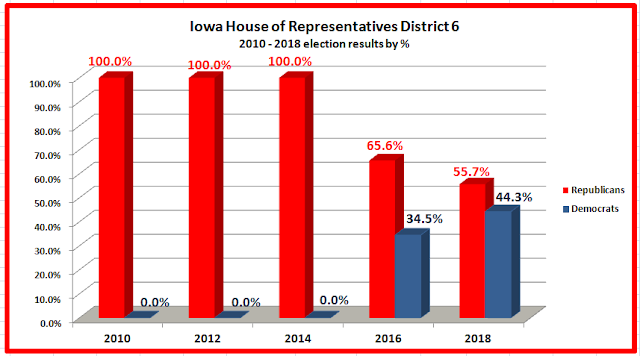 As of January 1, there were 7778 registered Republican voters in the district compared to 6617 “no party” or independents and 5013 Democrats. 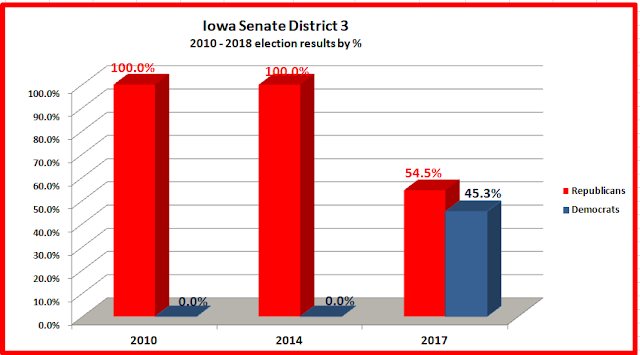 Source:  Ballotpedia
Posted by Retiring Guy at 6:28 AM