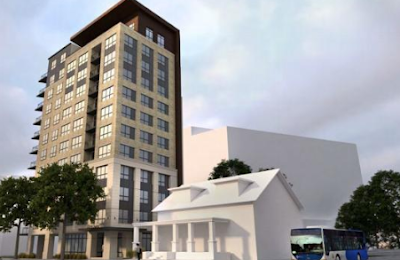 For months, University of Wisconsin-Madison officials have opposed a 12-story student housing project slated for the southwest side of campus near Union South.

Officials argued the development would cut into the university’s future plans for the space, but they no longer have to worry about that. On Monday, the Madison Plan Commission voted unanimously against land use approvals for the project. 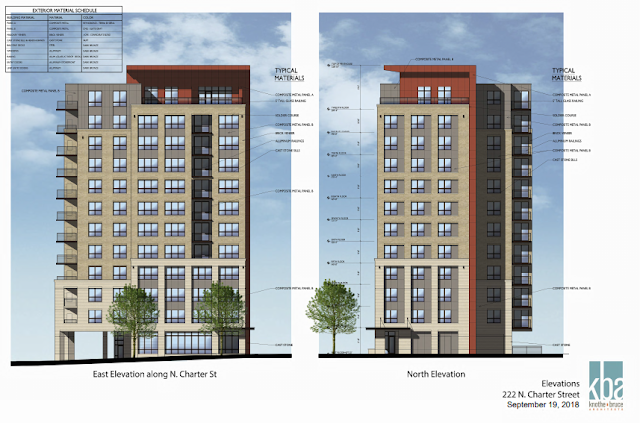 The house at left will be demolished.


Continuing a parade of new student housing towers near UW-Madison, a developer is proposing a 12-story, 46-unit apartment building near the corner of North Charter and West Johnson streets. The proposed building at 222 N. Charter St. would feature usable balconies, a common room and a roof terrace to provide social space for residents. 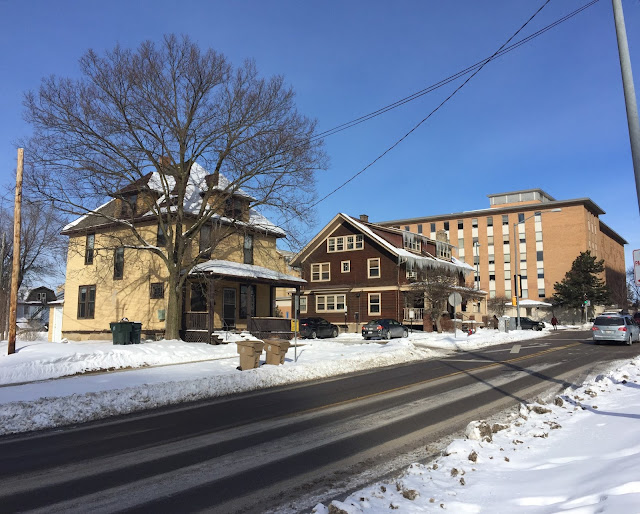 Not so fast, sez UW less than a week later.


At Madison Urban Design Commission (UDC) meeting Wednesday, a UW-Madison planner voiced concerns over the plan, pointing to problems in the design and saying that it conflicts the university's Master Plan.


Letter of intent from Knothe Bruce Architects submitted to the  City of Madison Plan Commission on December 6, 2017.  Construction slated to begin this summer and take a full year to complete.