Auto tour of Pilgrim Village on west side of Madison WI


Sunset Hills is enclosed by Regent Street, Larkin Road, Mineral Point Road, and Westmorland Boulevard and has north and south sections. The area south of Hillcrest Drive was developed first, in 1941 and 1942, as Pilgrim Village because it was the site of many two-bedroom colonial style single-story homes built to standard designs. The area north of Hillcrest was built up in the 1960s and contains many large houses of modern design.

All of the street names in Pilgrim Village  (Standish Court, Plymouth Circle4, Alden Drive, Priscilla Land) were taken from Henry Wadsworth Longfellow’s 1858 narrative poem “The Courtship of Miles Standish” which Longfellow said was based on his family’s early history.


Text from Part VII of The Origins of Some Madison, Wisconsin, Street Names.  (Historic Madison, Inc. of Wisconsin) 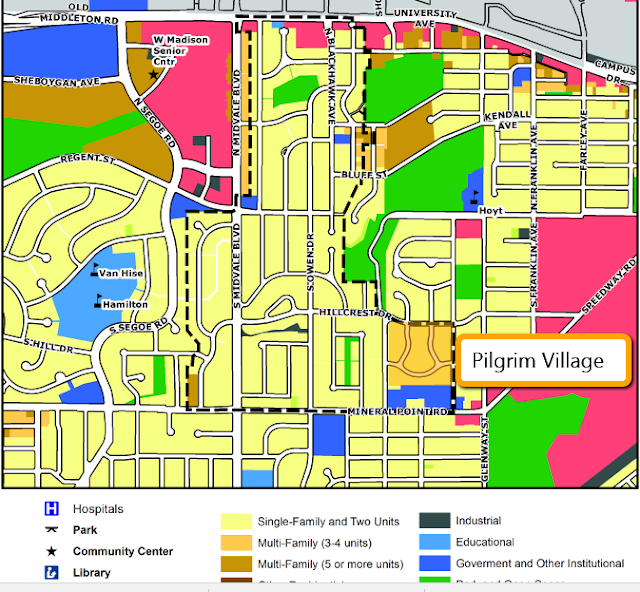