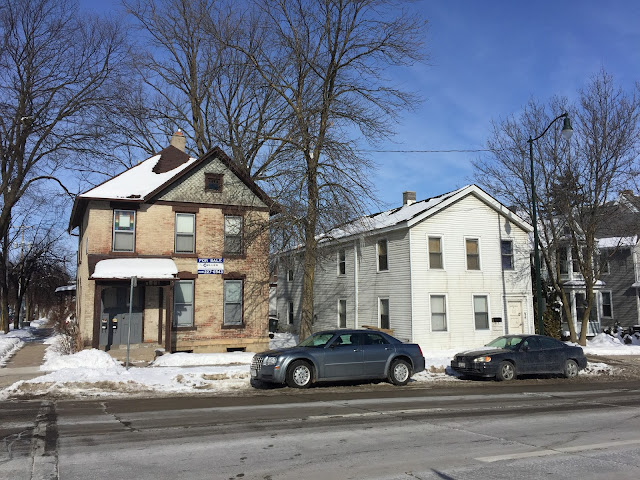 How about we just call them 'old'?

'Booming East Washington Avenue' in the distance at right. 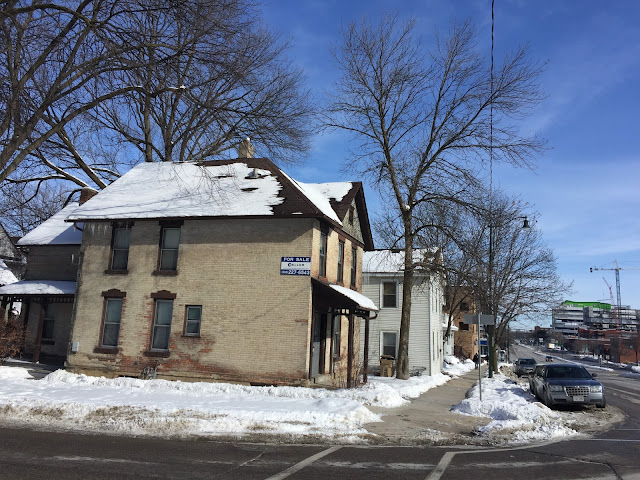 The house my dad grew up in had a window similar to this. 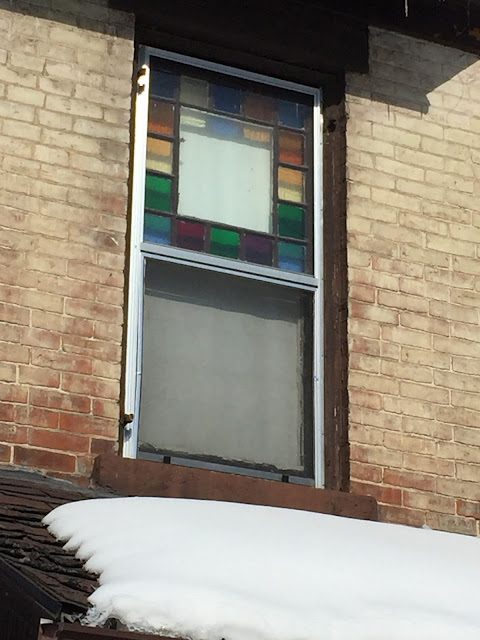 
The proposal, unveiled last fall, has been stuck at the city’s Urban Design Commission over design issues, with the commission on Jan. 24 voting to refer the project to a future meeting. The neighborhood has raised concerns over aesthetics, destruction of historic buildings and the removal of affordable housing, noise and traffic, and parking.


Other booming East Washington corridor posts:
StartingBlock construction as we approach the end of January. (1/30/2018)
UPDATE. The Lyric Apartments are ready for occupancy.  (8/30/2017)
This stretch of East Washington Avenue in Madison, Wisconsin, has undergone a major transformation during the past 5 years.  (5/13/2017)
Madison East Washington Festival Foods is open for business.  (4/13/2016)
The balconies of the Constellation.  (4/19/2015)
The Constellation rises above the treetops.  (9/7/2014)

At the dividing line of the First Settlement/Old Market Place neighborhoods of Madison. 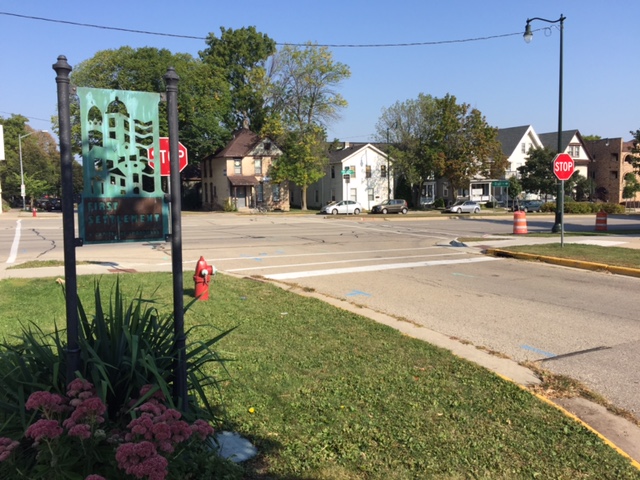 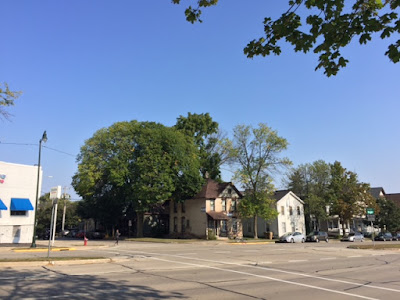 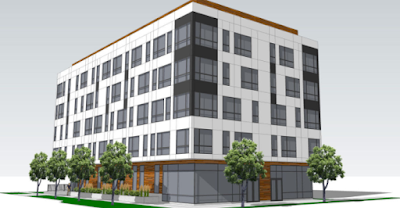 
The five-story hotel would include about 50 to 60 units, some commercial space and about 20 parking stalls. But before it can be built, nine residential units in four houses at 502 and 506 E. Washington Ave. and 11 and 7 N. Franklin St. would have to be demolished, raising concerns from some neighborhood residents over the loss of affordable and potentially historic housing.