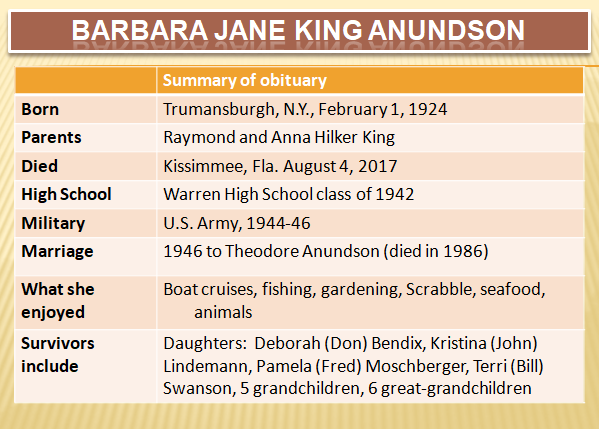 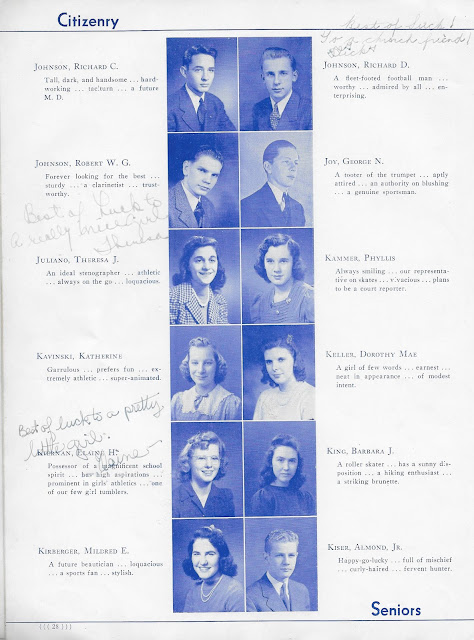 
The popularity of Barbara as a baby name is graphed here.  Let's take a look at Holly, the name of one of Barbara's grandchildren. 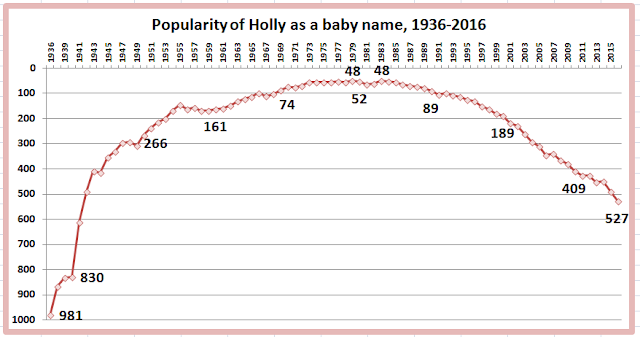 Other class of '42 members: