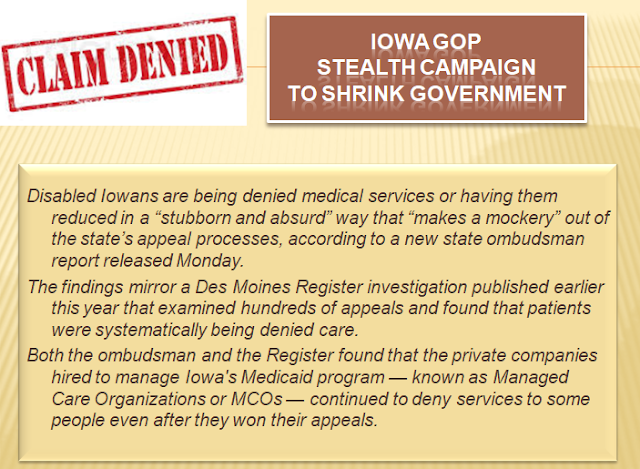 
Iowa now stands to save $47.1 million this fiscal year by having private companies manage the $4 billion program, according to a quarterly report prepared by staff members from the Department of Human Services.

After then-Gov. Terry Branstad ordered the shift in 2015, he predicted it would save the state $232 million in fiscal year 2018. 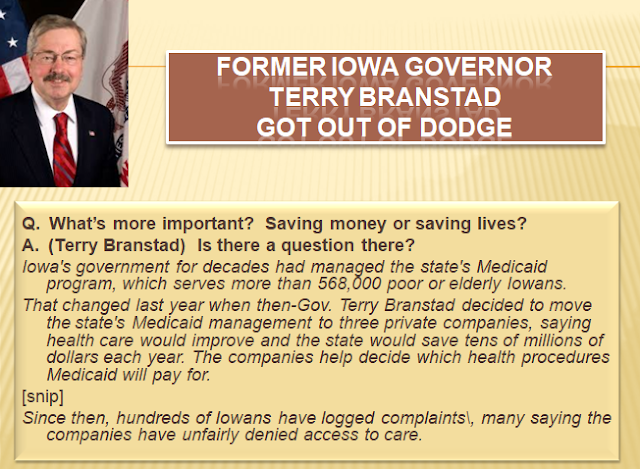 Yes, it was all going to be so magical.

Former fairy dust sprinkler Terry Branstad is now the U.S. ambassador to China.
Posted by Retiring Guy at 6:47 AM