Trump the blowhard UPDATE: "You just tell them and they believe you" (Roy Moore edition) 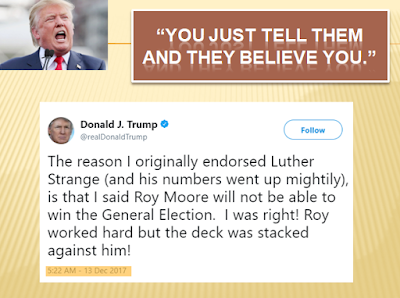 Remarks by President Trump at Lunch with Republican Members of the Senate.  (The White House Office of the Press Secretary, 12/5/2017)


Q Mr. President, why did you decide to formally endorse Roy Moore? 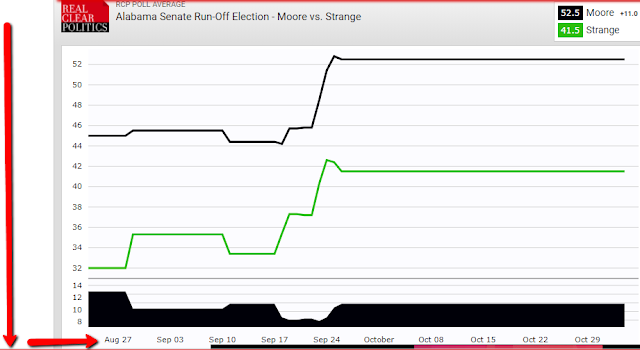 
9/25/2017 update, "Actually, Donald, both Roy Moore and Luther Strange have been shooting up in the polls", starts here.
With Moore maintaining a double-digit advantage. 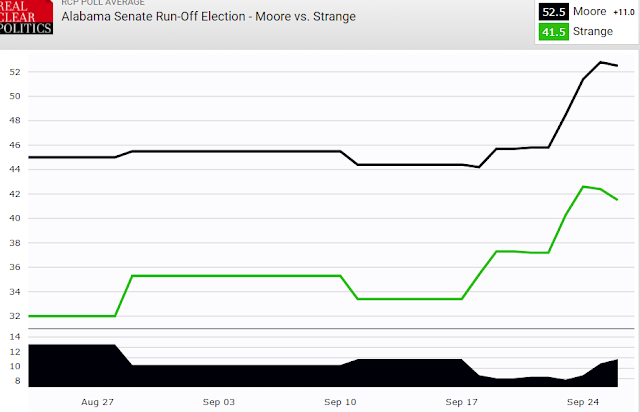 
9/23/2017 update, "Dear Luther, Looks like you have some mighty soft support there from Donald Trump", starts here. 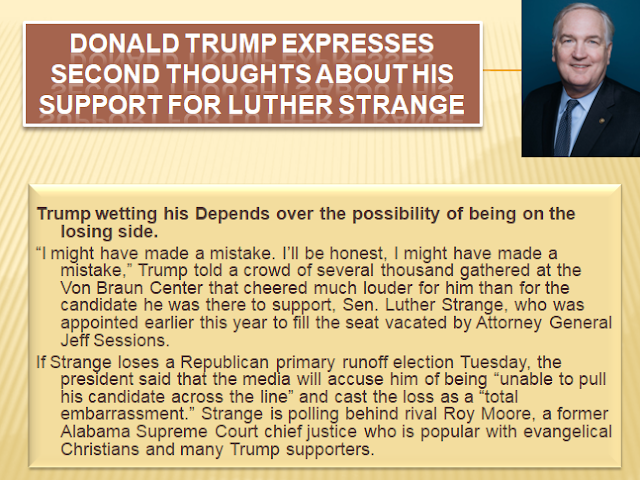 Another 'Fred' moment from Trumpworld. 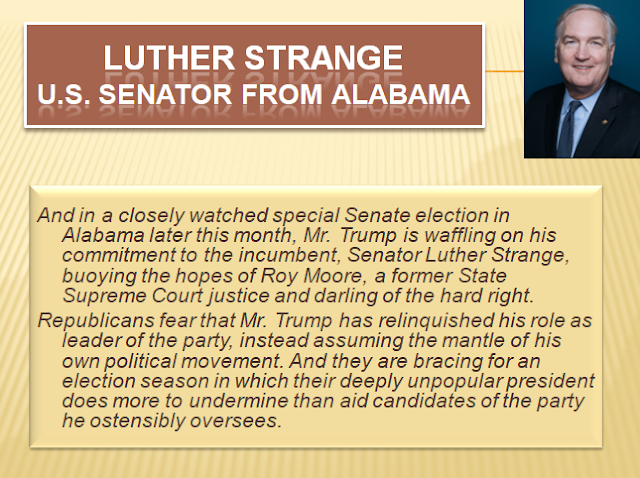 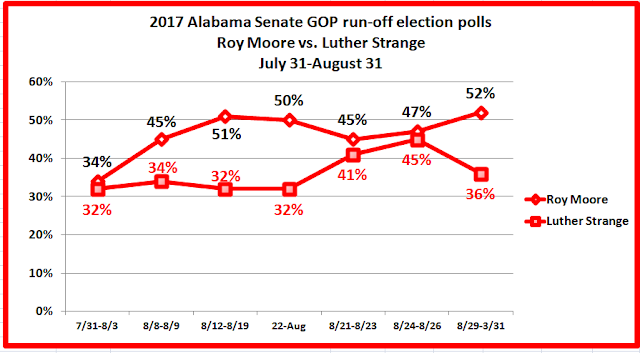 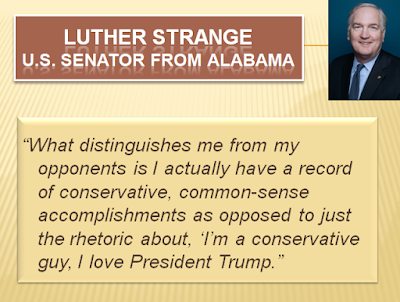 Related reading:
Is That a Gun in Your Pocket, or Are You Just Glad to See Me?Mae West? Aristophanes? Apocryphal?  (Quote Investigator, 8/20/2013


Mr. Sessions, who was sworn in as attorney general on Thursday, was succeeded on the same day in the Senate by the attorney general of Alabama, Luther Strange, a former Washington lobbyist and onetime partner at a white-shoe Birmingham law firm with deep ties to the establishment wing of the Republican Party.