UPDATE. Vote to changes the rules on recounts creates the usual collar counties clusterfuck, plus Fox Valley loop and a spritz 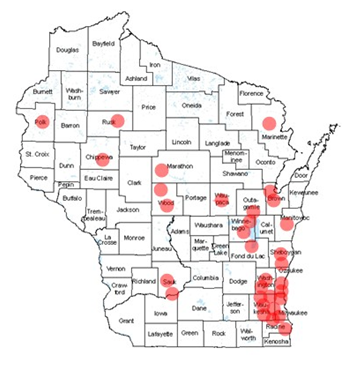 
The Assembly passed the GOP bill in June on a voice vote and the Senate passed it on a party line vote of 20-13. Under the bill, candidates could request recounts only if they lost by 1 percentage point or less in an election with at least 4,000 votes total. For elections that don't receive that many votes, the candidate would need to lose by no more than 40 votes for a recall.

11/30/2017 update, "4 Democratic legislators join the GOP clusterfuck to give ALEC what it wants", starts here. 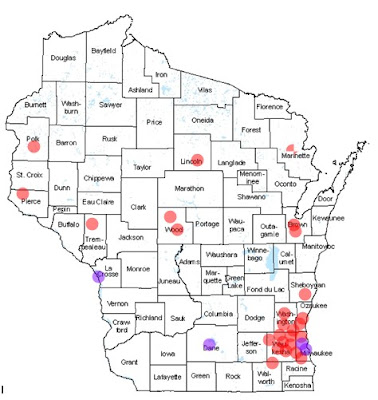 
GOP bills backed by a Koch brothers group, which loosen education requirements for barbers, cosmetologists, manicurists and others, were signed into law by Republican Gov. Scott Walker on Monday. Senate Bills 108 and 109, were modeled after proposals developed by a corporate bill mill called the American Legislative Exchange Council (ALEC). ALEC hawks pro-business economic and social policy proposals to state legislators around the country. 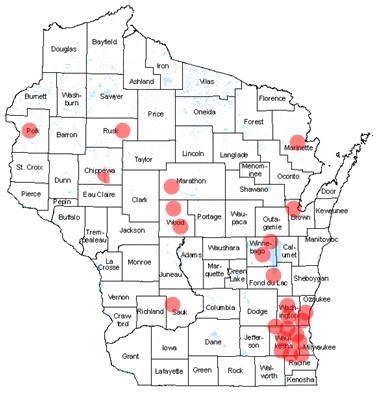 Mapping the sponsors of AB268 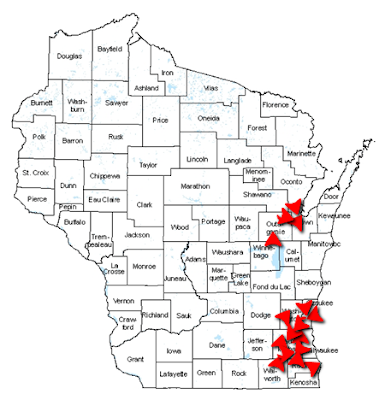 As is the Wisconsin GOP messing with local control. 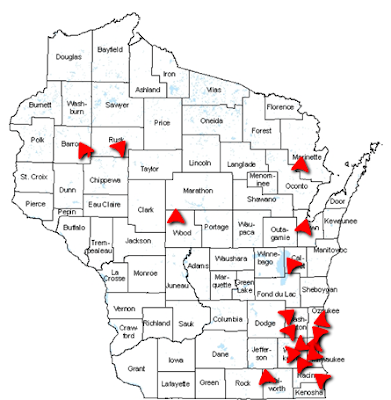 The bill would prohibit counties and municipalities from passing ordinances, resolutions or policies that bar employees from inquiring about immigration status, notifying the federal government about anyone living in the U.S. illegally or assisting with immigration enforcement.

And at least half of 'em live in the 'collar counties' of Waukesha, Washington, and Ozaukee. 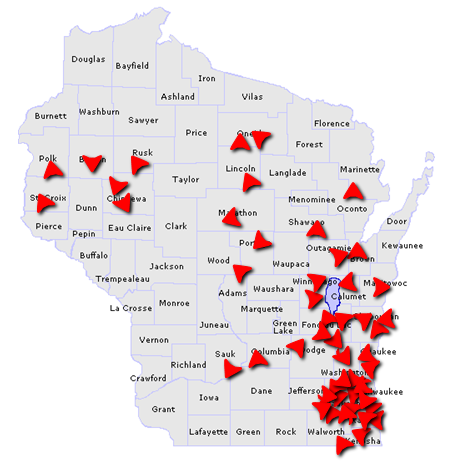