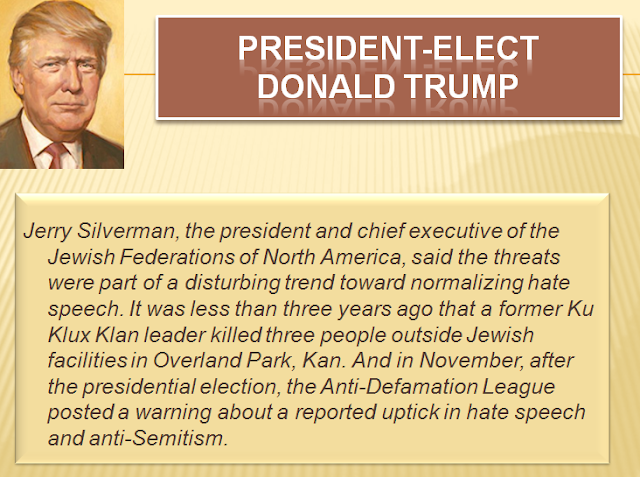 The illustration is a portion of Trump's just-unveiled official portrait.


Welcome to the Trump era, folks.  “We understand there were similar threats around the country,” said Tzipora Cohen, of the Jewish Community Center in Tenafly. “I guess these are the times we live in.”