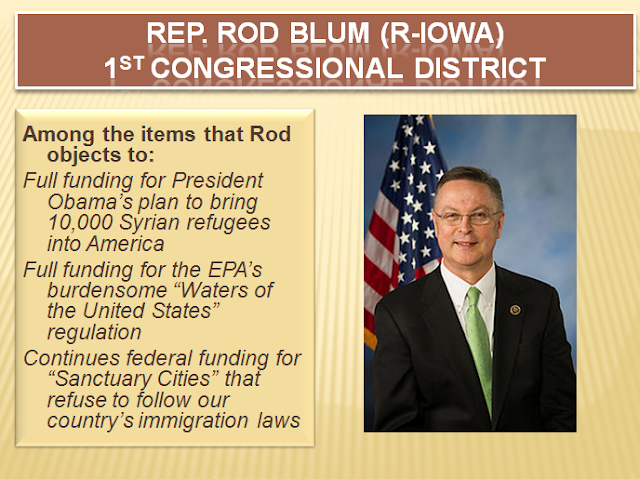 If not expressing outright support, Blum had some very nice things to say about Donald Trump in July of this year, at a time when Scott Walker was continuing to reach out to gain his support.

Related article:
Meet and Greet with Scott Walker at Fundraiser for Rep. Rod Blum in Dubuque.  (Governing Under the Influence)