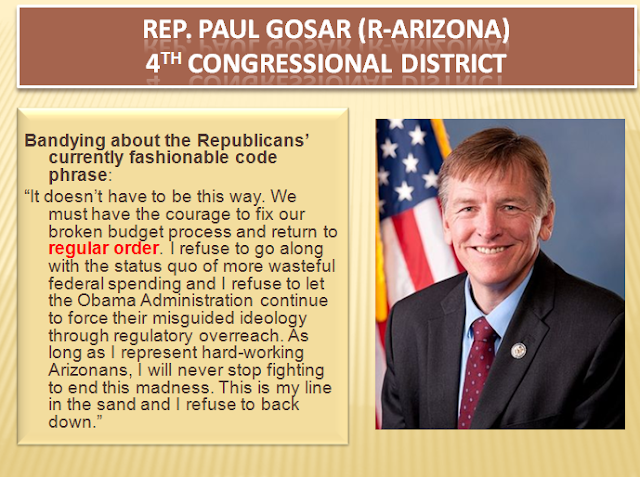 When you listen to senators talk about regular order, it sounds like this fabulous, amazing thing. For Republican John McCain of Arizona, regular order is about getting stuff done.

For Democrat Ben Cardin of Maryland, it's about reaching across the aisle.

"It's respect for each member of the Senate and the traditions of the Senate, where we try to reach some common ground [and] a broader consensus," Cardin says.


Freedom Caucus?  Broader consensus.  This is a group whose definition of freedom means doing what they want to do, representing the narrow band of nutburgers who make up the only constituency to which they listen.