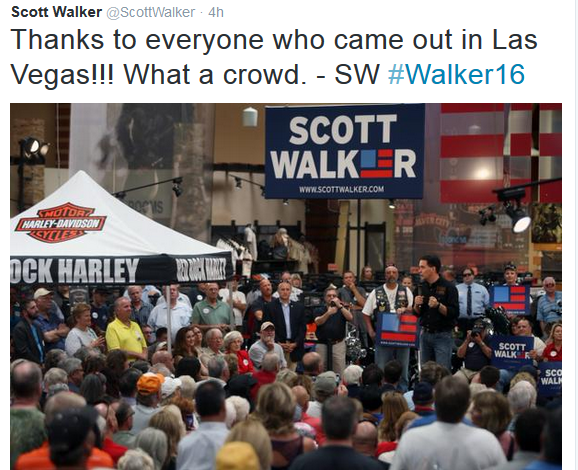 Looks as though Scott Walker is among the youngest of this decidedly white group of folks.

According to the 2010 U.S. Census, the population of the Las Vegas-Paradise Metropolitan Statistical Area is 1,951,269.


Wearing motorcycle boots and jeans, Walker told the crowd of about 400 supporters, “We took on the unions and we won.” He went on to say, “If all those reforms can work in a blue state like Wisconsin, imagine what we can do for America.”