"As someone who has long advocated for policies that put our families first, it's time for me to take my own advice and be a more consistent presence to help our family," he said in a news release, explaining that his wife's mother has suffered health problems that require more care.


Family first?  Nah!  Don't believe him for a minute.  He sees that the 22nd is trending blue.  Pete doesn't want to face the humiliation of a loss. 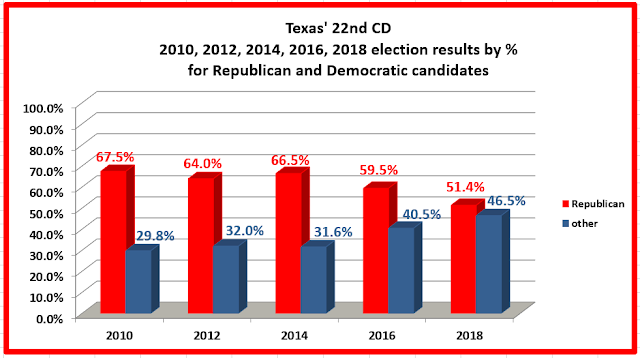 The art of the Texas gerrymander 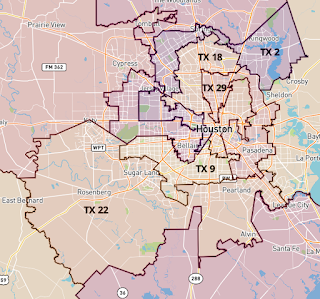 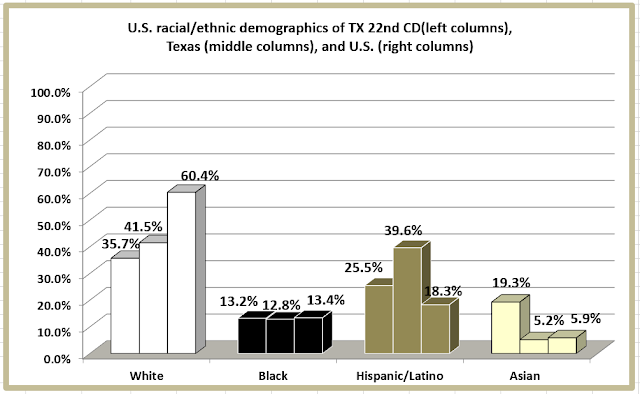 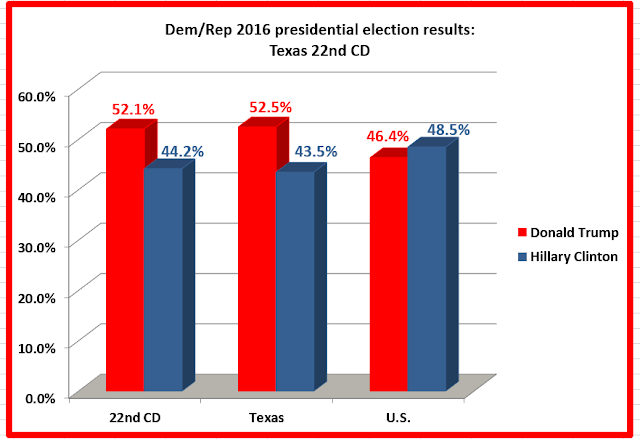 The Obama elections:
Take another look at the column graph.  The 22nd is definitely not Trump's America.