Dipping into American Libraries' "The State of America's Libraries 2013" (1) 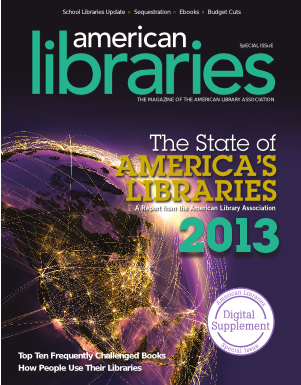 The State of America's Libraries 2013

According to the report, [m]ost U.S. public libraries have weathered the storm of the Great Recession, maintaining their role as a lifeline to the technological skills essential to social inclusion and full participation in the nation’s economy. 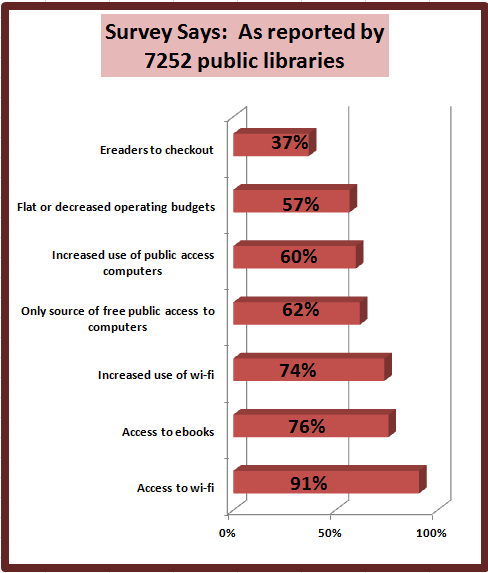 School libraries not weathering the storm well.    The total number of school librarians fell steadily each academic year from the 2006–2007 school year through 2011. 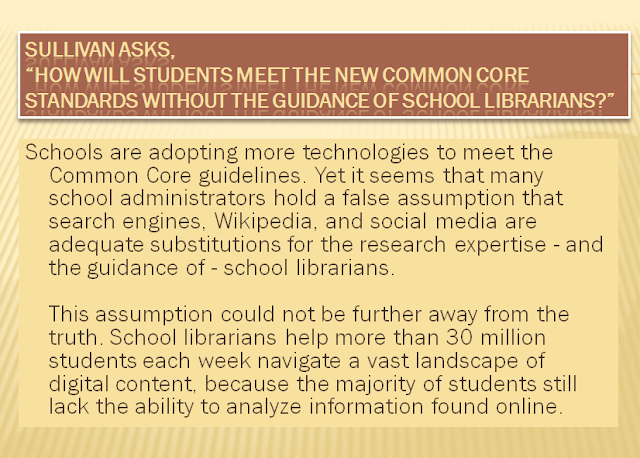