In the News: Compensation of Wisconsin Legislators 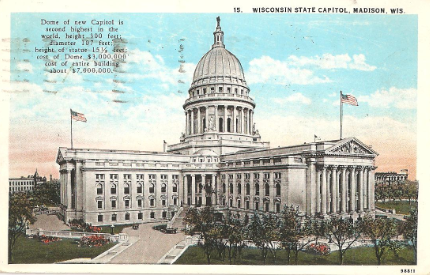 This legislation seems to dated to me, think it needs re-addressing personally. Time has moved on rapidly since this was last updated.