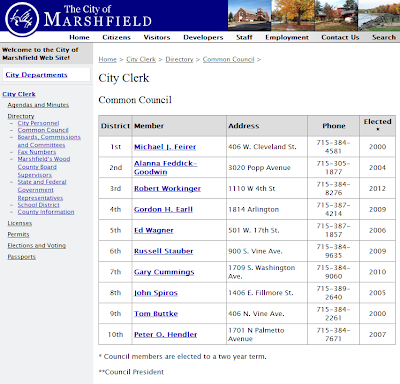 Excerpt:   The Marshfield City Council voted 7-3 to pass the 2013-17 Capital Improvement Program, or CIP, on Tuesday night, with an amendment that specifies the city will contribute $3 million toward the building of a new public library and community center.

The original 2013-17 CIP budgeted almost $8 million during the five years for the library/community center project. The CIP is adjusted annually and is used as a guide for the council as it completes a city budget each November.

Council members Alanna Feddick-Goodwin, Robert Workinger and John Spiros voted against approving the CIP. Both Feddick-Goodwin and Spiros said they would not support the CIP because they don't see a need for a new library.

"I cannot support this," Feddick-Goodwin said. "I still have not heard a rationale for this library."