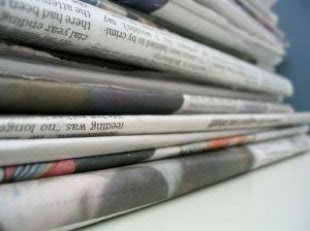 Excerpt: Circulation at many of the country's largest newspapers continued a steep slide as the Audit Bureau of Circulations Monday morning released the latest figures for the six months ending September 2009 -- proving yet again that the industry can't shake the dramatic declines that have taken hold over the past several years.

On a comparable basis, ABC reported that for the 379 newspapers filing with the organization, average daily circulation plunged 10.6% to 30,395,652 -- one of the most severe drops in overall circulation. Sunday circulation for 562 reporting newspapers was down 7.4% to 40,012,253.
Posted by Retiring Guy at 2:35 PM