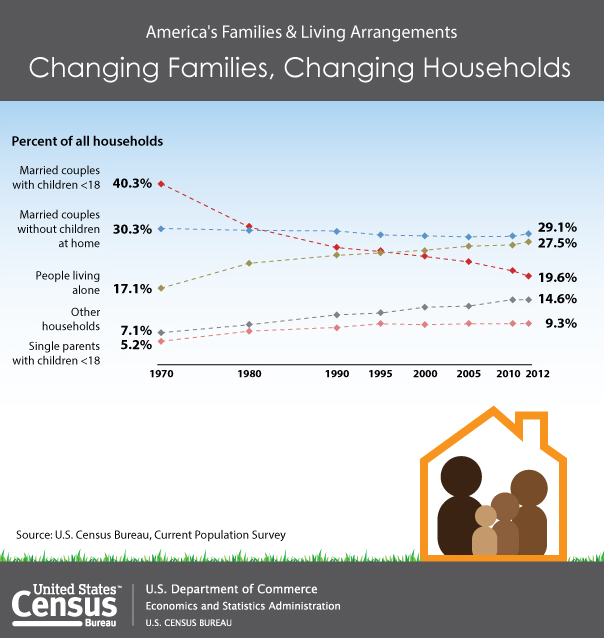 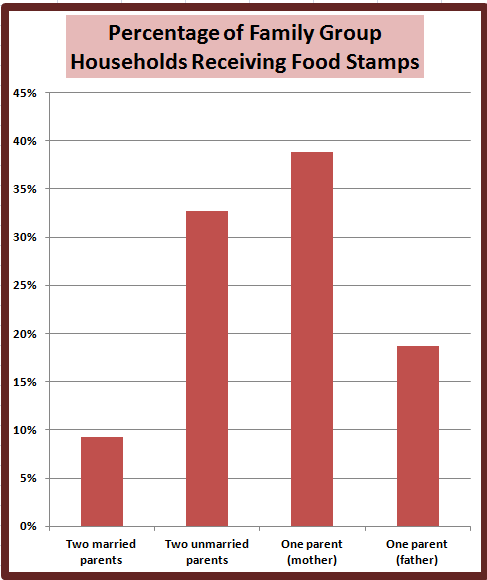 From page 23 of the report.


According to the U.S. Census report, households with two married parents have been vulnerable to economic district.