Climate Change, as a Matter of Fact

Excerpt:    As refreshing as a brief swim in the big lake might be, scientists and advocates say there appear to be trouble signs for the waters. In some of the last few years Lake Superior's average daily temperatures in August have been around 70 degrees, well above 30-year averages.

Last year, Marquette had its first ever beach closure tied to E. coli bacteria, which is often linked to warmer lake temperatures. Winter ice cover is also down.

As quoted in the above article. 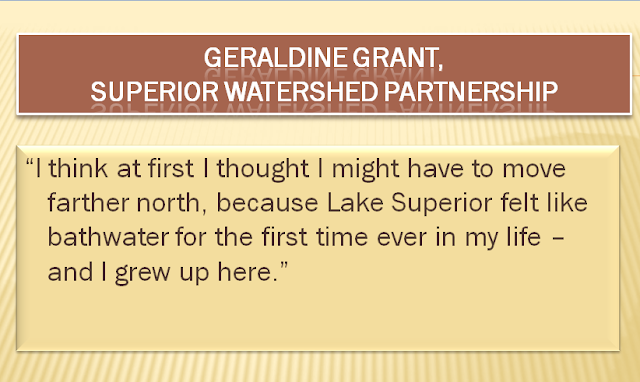