It Happened at the Ridgewood Public Library

Where a lot of happening every day of the week. 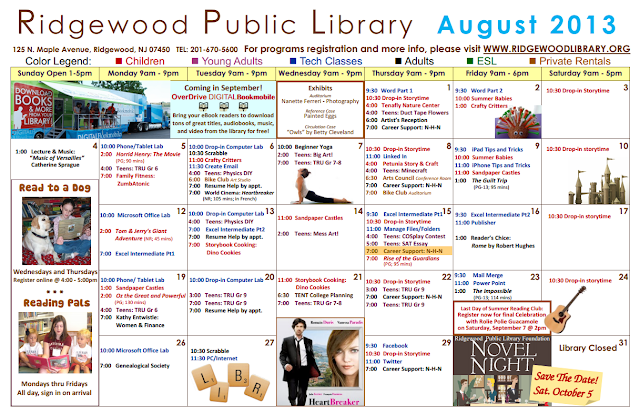 Excerpt:   As happens to many Americans, when he lost his job, he lost his health insurance. He now owes $171,569.44 for the six nights he spent at the hospital.

And so on the evening of Aug. 15, at a meeting of the job club he himself started here two years ago, he told the others he was just like them. “I need a job,” he said. “I need to make money now.”

Most of the 15 men and women meeting at the library in this prosperous suburb were middle-aged or older, people who had worked all their lives, but lost jobs in the recession and its aftermath and have not been able to get back to where they were. Many of them worry that they never will, in part because of discrimination by employers against older workers.

The library makes an appearance at 0:28.