Incorrigible Florida GOP legislators stuck like glue to the NRA 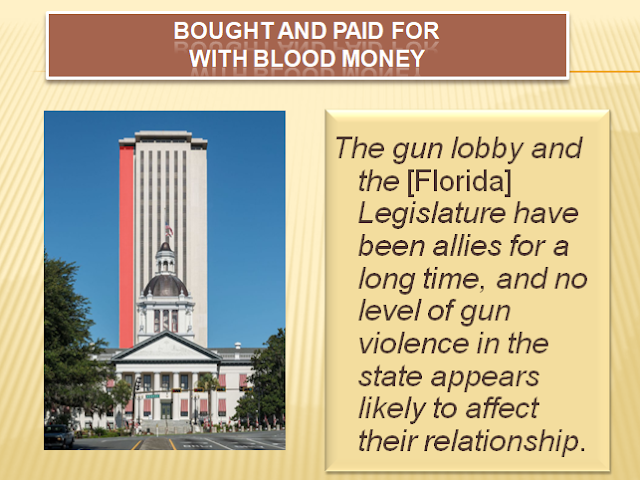 House Republicans on Tuesday decisively blocked a move by Democrats to debate a ban on assault weapons in Florida, six days after a massacre that took 17 lives at Marjory Stoneman Douglas High School in Parkland. The bill (HB 219), which would ban the sale and possession of semiautomatic weapons and high-capacity magazines like the kind used by Nikolas Cruz, has been mired in a House subcommittee for months and has not been heard.


Witness the power of the NRA.