With 10 days left in November, this major street reconstuction project just might make it under the wire!

The project is slated to be completed by the end of the November.   Do you think it will be done by then?

Video and photos by Retiring Guy 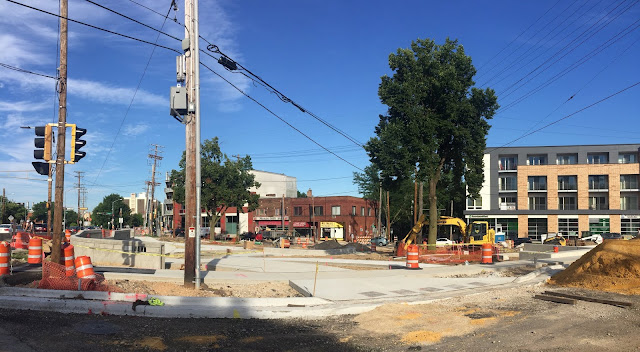 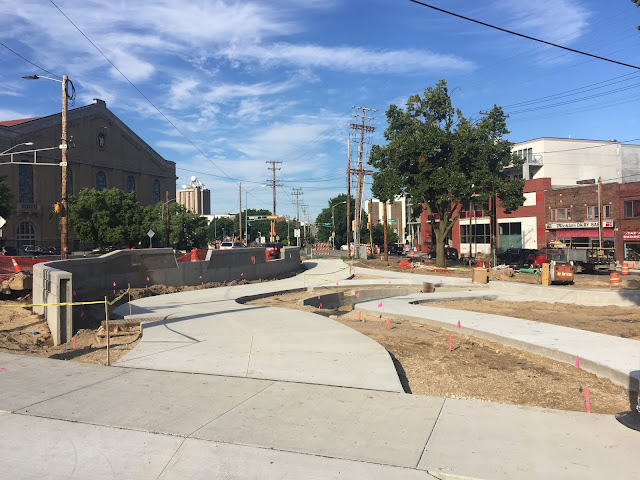 Only the middle stretch of Monroe Street is open to traffic at this time.

A distinctly Twilight Zone, eerily "Stopover in a Quiet Town" kind of vibe for this normally busy street.

Videos and photos by Retiring Guy


Strickland’s part-time public relations gig with the Monroe Street Merchants Association is formidable considering that most of the street from Regent Street to where it splits into Odana and Nakoma roads will be torn up and reduced to just one, inbound lane beginning Monday. The $22.4 million street reconstruction project, which began in early February, is scheduled to be completed in November, meaning months of traffic delays, no parking on Monroe Street and likely decreased revenue for the 100 or so businesses that call the corridor home.


They own Brasserie V at 1923 Monroe St., and on Monday they "celebrated" the beginning of the massive project that will remove much of the car traffic in front of their restaurant for months with special pours of Alesmith Speedway Stout to welcome the construction company, Speedway Sand & Gravel.

“We’re trying to find ways to keep it a little lighter and have fun with it,” Andrea said.

And so far, it hasn’t been so bad. 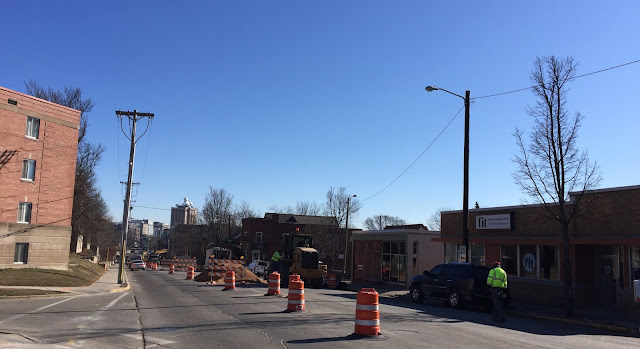 
After bids to reconstruct Monroe Street came in far over estimates, Madison may tap city utility budgets and scale back parts of the long-planned project, even as costs are expected to rise from $17.7 million to $22.4 million.

The project, slated to start in March and end by November, involves replacing decades-old utility lines, improving pedestrian safety and repaving cracked and crumbled blacktop along the busy Near West Side street.


The first phase of the project will encompass only a short stretch, from Chapman Street to Woodrow Street, with Madison Gas & Electric installing underground gas lines. This should take until mid-March. 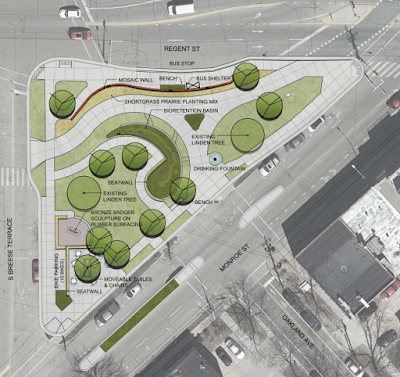