The question is: Where does Trump rank on this list? 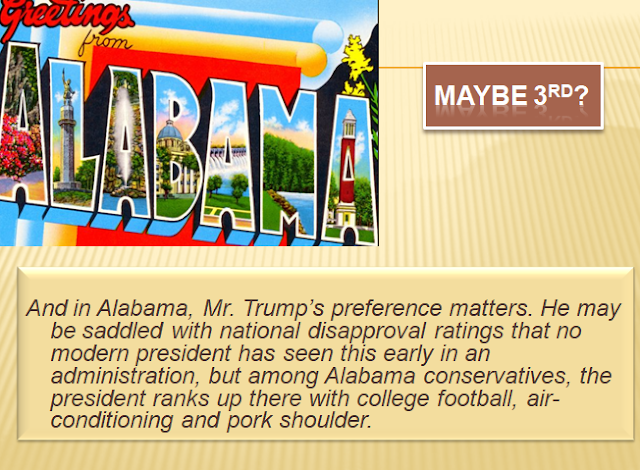 Reported in Alabama’s Special Senate Election Is All About Wooing Trump.  (The New York Times, 7/9/2017)

Even though, at last count, 8 other candidates have declared.  But then, they's the old(er) white men of Alabama politics. 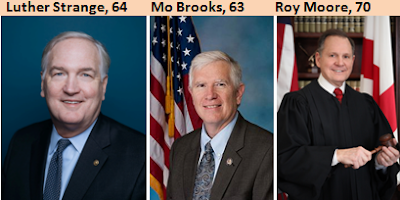 
Sweet home, Alabama.  Mr. Brooks, a fierce opponent of illegal immigration, was borrowing from the hymnal of President Trump in what could be the first major Republican primary clash of his administration. Mr. Strange, who was appointed early this year to fill the seat vacated by Attorney General Jeff Sessions, will face off in August against a slate of Republicans, including Mr. Brooks and Roy S. Moore, the former chief justice of the State Supreme Court, whose refusal to remove a Ten Commandments display from the court grounds resulted in his removal from office.