Dodgeville School Board to John Humphries: Have we got a deal for you!! 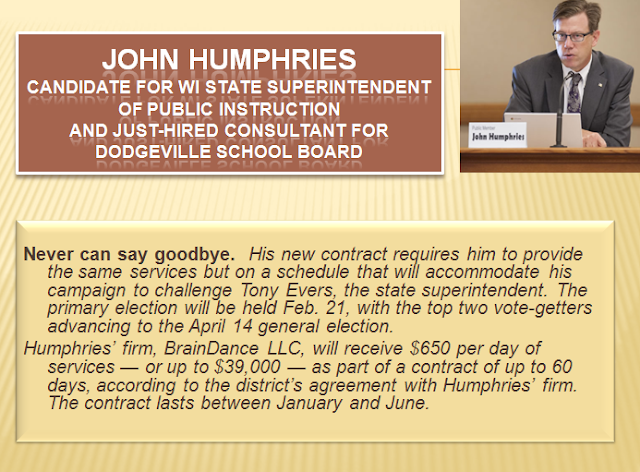 Related post:
A man in a white hat runs as write-in candidate for Wisconsin State Superintendent of Public Instruction.  (1/5/2017)