The art of the schlemiel: This guy just made mincemeat out of a Donald Trump 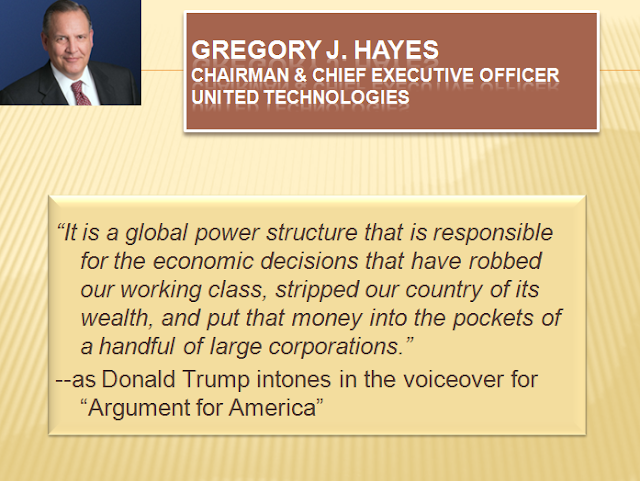 
But it [official statement by Carrier] said that incentives provided by Indiana, where Mr. Pence is governor, “were an important consideration.” It added that “the forces of globalization will continue to require solutions for the long-term competitiveness of the U.S. and American workers.”


In exchange for allowing United Technologies to continue to offshore more than 1,000 jobs, Trump will reportedly give the company tax and regulatory favors that the corporation has sought. Just a short few months ago, Trump was pledging to force United Technologies to “pay a damn tax.” He was insisting on very steep tariffs for companies like Carrier that left the United States and wanted to sell their foreign-made products back in the United States. Instead of a damn tax, the company will be rewarded with a damn tax cut. Wow! How’s that for standing up to corporate greed? How’s that for punishing corporations that shut down in the United States and move abroad?

In essence, United Technologies took Trump hostage and won. And that should send a shock wave of fear through all workers across the country.