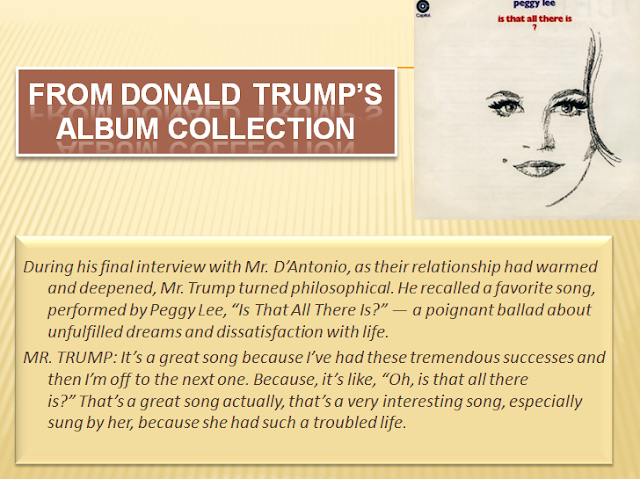 No makin' stuff up as he goes along.  Trump knows Peggy Lee.  She indeed had a troubled life.