It's what Republicans do everywhere: Strip away local control


Especially when the Koch Brothers make the call.


On the next-to-last day of the 2015 legislative session, the Oklahoma Senate gave final approval to Senate Bill 809.

This bill aims to repeal prior law allowing local governments to regulate oil and gas drilling and waste water disposal in their municipal jurisdictions. 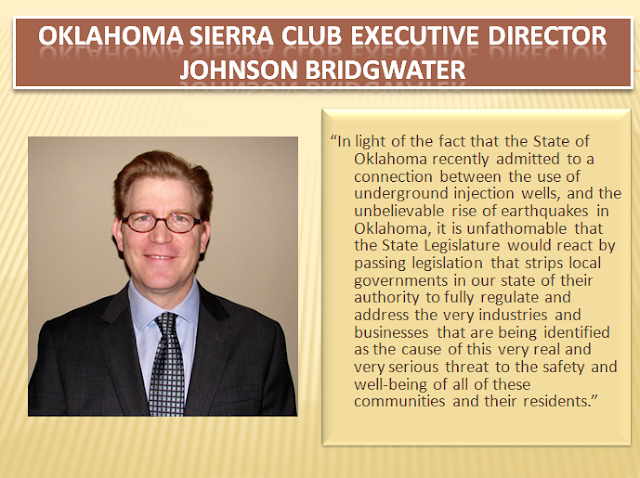 Jeffrey Hickman, Speaker of the Oklahoma House and principle author of the House version of the bill, took in $17,000 in campaign contributions from oil and gas industry PACs during the 2014 campaign cycle. $5,000 of that came from Koch Industries.  (Source)