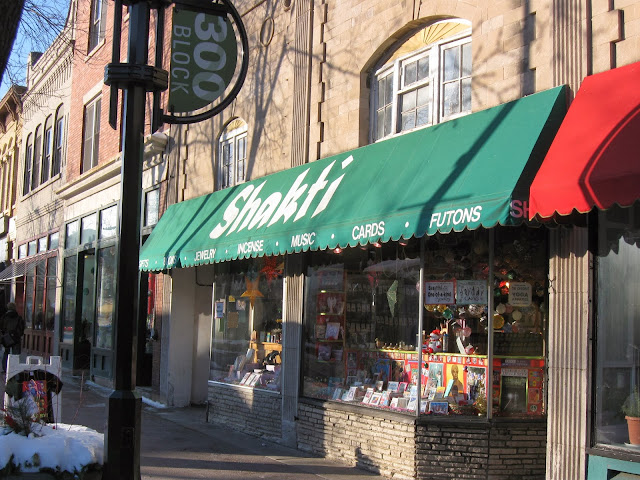 Reasons given for closing:
Once upon a time.    Shakti, named after the “goddess of the universe,” according to Ajaya, was started in 1971 on the second level of a building in the 500 block of State Street as a co-op by members of the Yoga Meditation Society of Madison. A few years later, Ajaya bought out the business, moved it to its current location and gradually expanded its offerings.

His was one of the first stores, in the late 1970s, to sell futons in Madison and later helped introduce table fountains to the market. 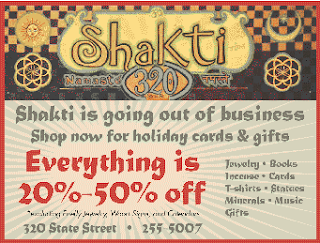 Now up to 60% off according to ad in latest Isthmus.

During my nearly 28 years of living in Middleton, I have never once visited Shakti, although I've walked the length of State Street hundreds of times.  In December 2008, I noticed in a window display that the store had a great selection of books on angels, a favorite topic of my sister's.  Unfortunately, Barb had died of breast cancer two months earlier.  A discovery made too late.