Scott Walker, do you still "stand with" this statement? 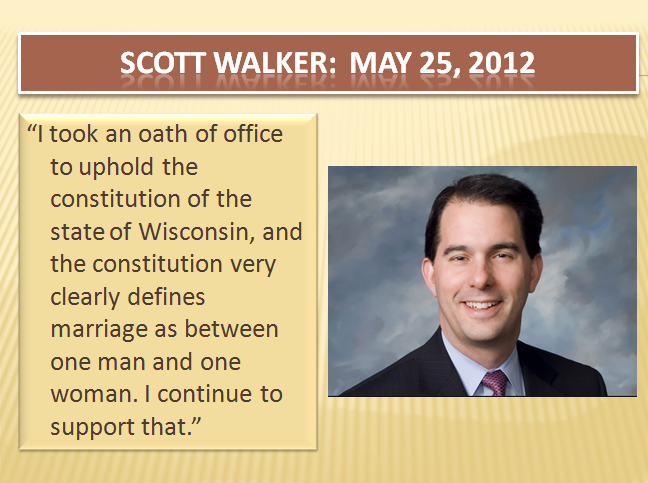 Apparently, the answer is "yes", as this is what we heard from the Governor's spokesman the other day.

“Gov. Walker took an oath of office to uphold the constitution of the state of Wisconsin that defines traditional marriage as passed by the voters as well as the laws of the state that also bar discrimination based on race, gender, age or sexual orientation.”

Wisconsin Attorney J. B. Van Hollen is singing a similar tune.  “As Attorney General, I have an obligation to uphold Wisconsin law and our Constitution."

And he twice uses the word "oath" in this op-ed piece.