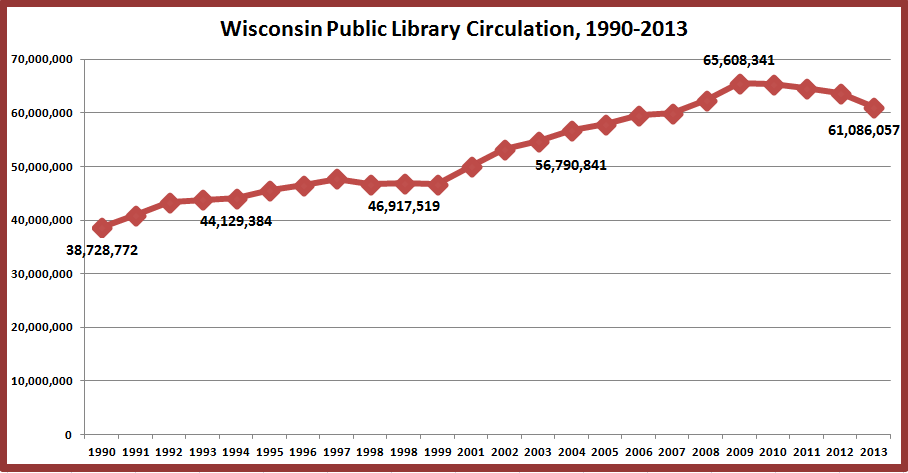 Since its 2009 peak, "traditional" public library circulation in Wisconsin has declined nearly 7%.

Are both formats now similarly contributing to a decline in "traditional" circulation?

This caveat in the Instructions for the Wisconsin Public Library Annual Report (2013) should be noted here.