First the good news.    Based on these poll results, the Republicans do not have a bright future.  Voters under 50 support the Democratic Party by a sizable margin. 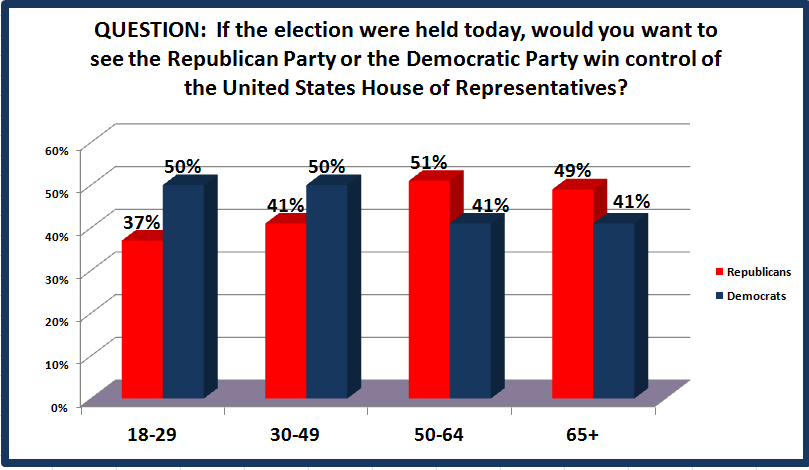 Which, if you recall, allowed a flood of Tea Party candidates to take office.  The low number isn't in itself surprising: Turnout among young voters regularly drops in midterm elections. The latest numbers suggest, however, youth turnout could dip below the level of 2010, when 31 percent said in February of that year they'd definitely vote, and about 23 percent actually made it to the polls.
Posted by Retiring Guy at 10:31 AM