Steve Bannon instructed Trump not to antagonize the Breitbart base 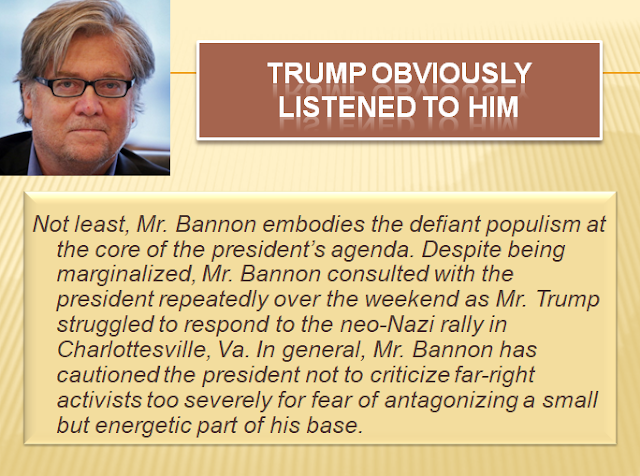 Bannon in Limbo as Trump Faces Growing Calls for the Strategist’s Ouster.  (The New York Times, 8/14/2017)


For months, Mr. Trump has considered ousting Stephen K. Bannon, the White House chief strategist and relentless nationalist who ran the Breitbart website and called it a “platform for the alt-right.”