UPDATE. Geting to know you (The Steve Bannon edition) 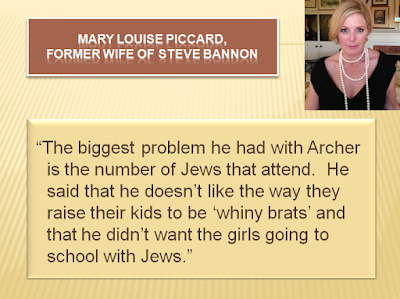 OK, perhaps it's 'grain of salt' time, as this remark was made during the couple's divorce proceedings.

But it you've ever browsed the webpages of Brietbart News, of which Steve Bannon served as executive chairman before joining the Trump campaign, the story certainly has a strong and clear ring of truth to it.

Related article:
A White Nationalist Who Hates Jews Will Be Trump's Right-Hand Man In The White House.  (Media Matters for America, 11/13/2016) 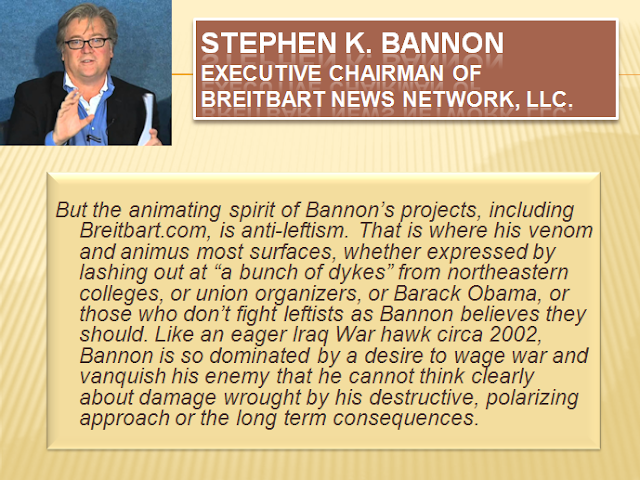 Excerpt from The Radical Anti-Conservatism of Stephen Bannon.  (The Atlantic, 8/265/2016)